We Could Have Bowled Better: Prasidh Krishna Assesses India's Bowling In 2nd ODI

India's new pace sensation M. Prasidh Krishna said that he needs to improve while bowling with the new ball. 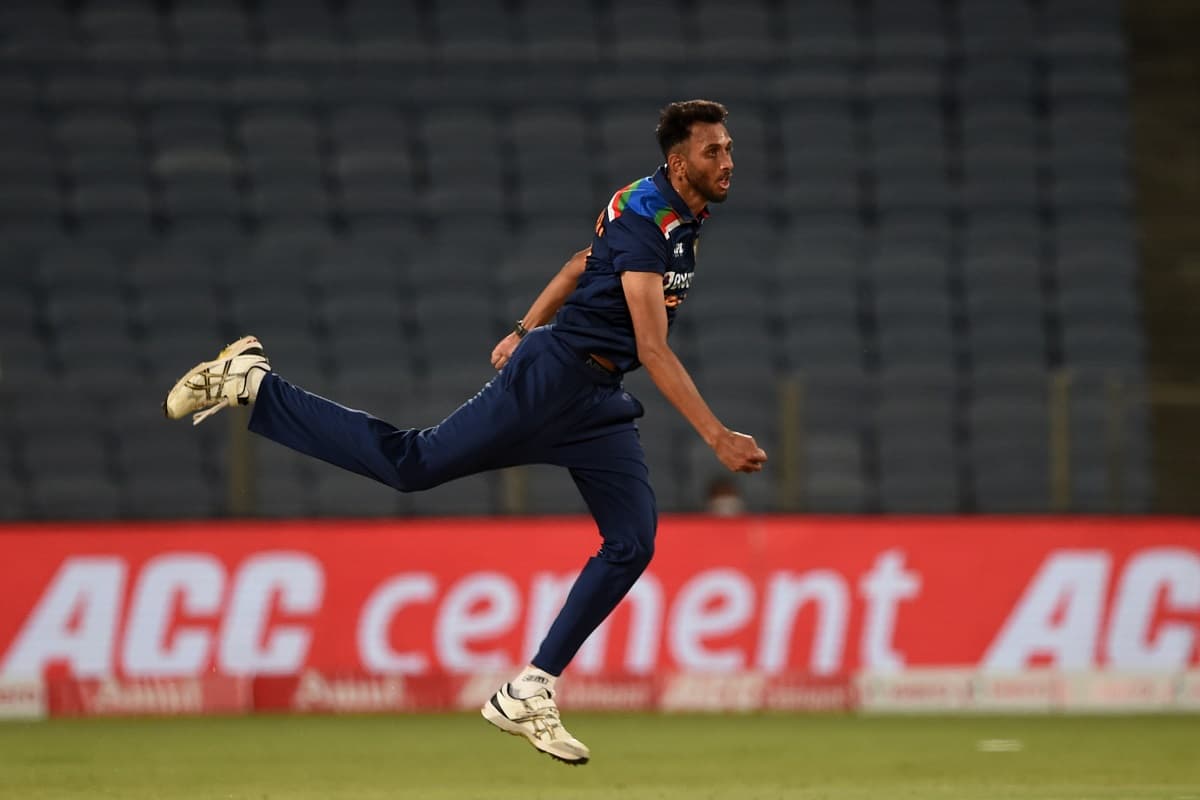 The right-arm pace bowler picked four wickets for 54 runs in the first ODI and two for 58 in the second game that India lost. While he picked wickets in his later spells, his initial spells in both the matches proved expensive and wicketless.


We Don't Really Fear Too Much To Be Honest: Ben Stokes

"Personally I would like to start better. I would like to improve on how I have been starting, bowling with the new ball. All the runs that I gave away today were bad balls bowled by myself. So I would go back and work on it," said Prasidh when asked to assess his bowling.

In the first match that India won by 66 runs, he conceded 37 runs in three overs without taking a wicket in his initial spell with the new ball. In Friday's second game, where England romped to a six-wicket win, the pacer conceded 0/25 in his first four overs.

The 25-year-old Karnataka pacer admitted India did not bowl well enough on Friday.

"We did have a plan and discussed how they were going but we tried our best when we bowled. There were couple of chances that could have gone our way. We must give credit to them, the way they went after our bowling but yeah, there is room for improvement for our bowlers as well," he said while talking to media in a virtual interaction.

"We could have bowled better, not denying the fact. But we need to give credit to them for the way they played. Yeah, it was an onslaught. We got hit. In white-ball cricket, with four outside the circle, between 11-40 overs, this is bound to happen. I know we are going to bounce back stronger. Same situation last game, we did come back and had a great result," he added.

"Our execution could have been better. I am talking about myself alone. We did make mistakes."