We can take a lot of positives from this World Cup: Aaron Finch 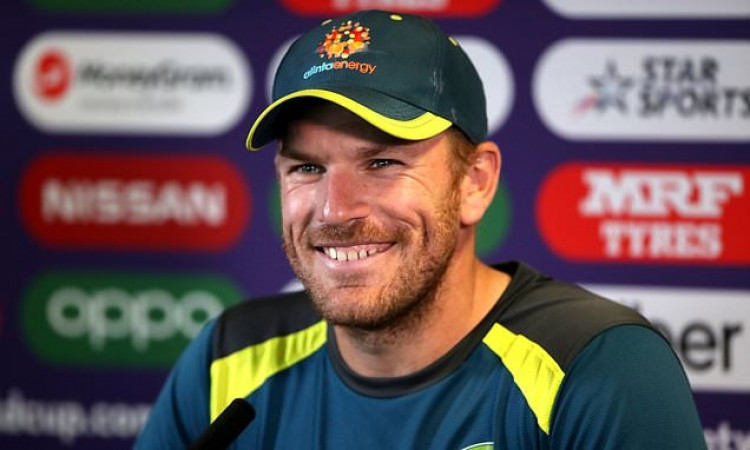 Birmingham, July 12 (CRICKETNMORE): After being knocked out of the World Cup, Australia skipper Aaron Finch lauded England for their superlative display in the semifinal which the hosts won by 8 wickets on Thursday, but said that his team can take a lot of positives given where they were last year.

Defending champions Australia were in a turmoil around this time last year after Steve Smith and David Warner were banned for one year in the aftermath of the ball tampering incident in Cape Town.

The Aussies then came to England for a limited overs tour with the first ODI starting on June 13. They lost all the five ODIs and also the one off T20 international. Since then, the Aussies have picked themselves up and came into the World Cup on the back of series wins over India and Pakistan on the road.

"We were totally outplayed today. The way they set the tone with the ball, reducing us to 27/3 after 10 overs, was a huge part of the game. It was too hard for us to get back from there. You do expect the new ball to seam first up, but they bowled really well by targetting the stumps at a great length, something that we tried to do as well. But plenty of positives for us in this World Cup, especially given where we were last year when we came here in England," Finch said at the post-match presentation ceremony.

"You always want to win, but I'm really proud of the group to get us here. In the last six months or so, a lot of character has been shown, but it still hurts. We tried to change it as much as we could and kept looking for wicket taking options but just couldn't find it because they played exceptionally well."

Australia were bowled out for 223 with Steve Smith (85) top-scoring for them. Chasing 224 for victory, England openers Jason Roy (85) and Jonny Bairstow (34) gave the hosts a flying start and took the game away from Australia with a 124-run opening stand.

"They played really well. We know how dynamic and dominating they are when they get on top. It's just one of those days, things didn't go our way and when you don't execute your plans well, you get hurt by a really good team," Finch said.

He also pointed out that the Aussies were derailed by injuries to Usman Khawaja and Marcus Stoinis ahead of the semifinal. While Khawaja was replaced by Peter Handscomb, all-rounder Stoinis played the match.

"You've got to beat everyone in every condition. But things didn't go for us with a couple of injuries, but that's not really an excuse. We came here expecting to win, but it wasn't to be," Finch signed off.