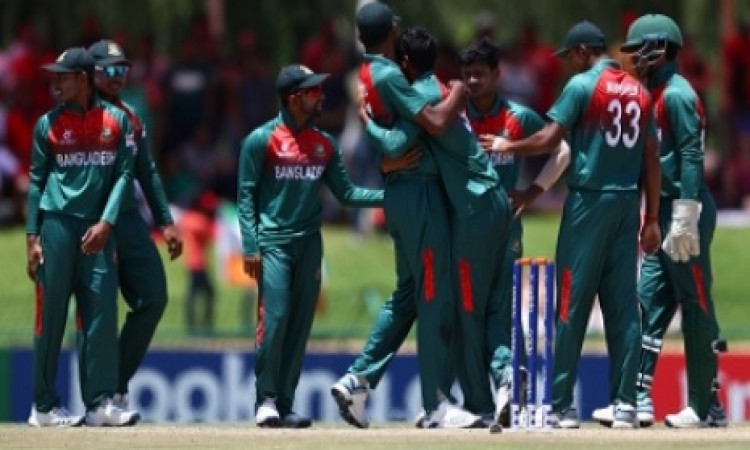 Dhaka, Feb 13. The Akbar Ali-led Bangladesh Under-19 team was accorded with a heroes welcome in Mirpur following their historic World Cup win in South Africa. Bangladesh Under-19 scaled the summit by beating India Under-19 in a pulsating final played in Potchefstroom last Sunday.

They, then headed towards the Shere-e-Bangla National Stadium where Akbar and Nazmul addressed a press conference.

On their way to the stadium, Akbar and his teammates watched thousands line up on one side of the highway as a slew of fans on bikes waved national flags and followed the team.

In addition to hundreds of bikes, there were pick-up trucks with several people, holding posters and banners, and cheering the World Cup winners.

Akbar also cut a cake and the celebrations ended with fireworks bursting in air.

During the presser, the BCB president also announced that the victorious Under-19 cricketers will be enrolled into a new Under-21 unit of the board to sharpen their skills and prepare them for international cricket.

After the press conference, Akbar headed to Rangpur where his sister had passed away last week. It is also said that the players are also expected to have a grand reception at the Sohrawardy Uddayan next week, with the Prime Minister Sheikh Hasina hosting the players.