Nottingham, June 13 (CRICKETNMORE):  The India-New Zealand match was abandoned here on Thursday without a bowl being bowled - the fourth such instance in this World Cup - with both teams sharing a point each. 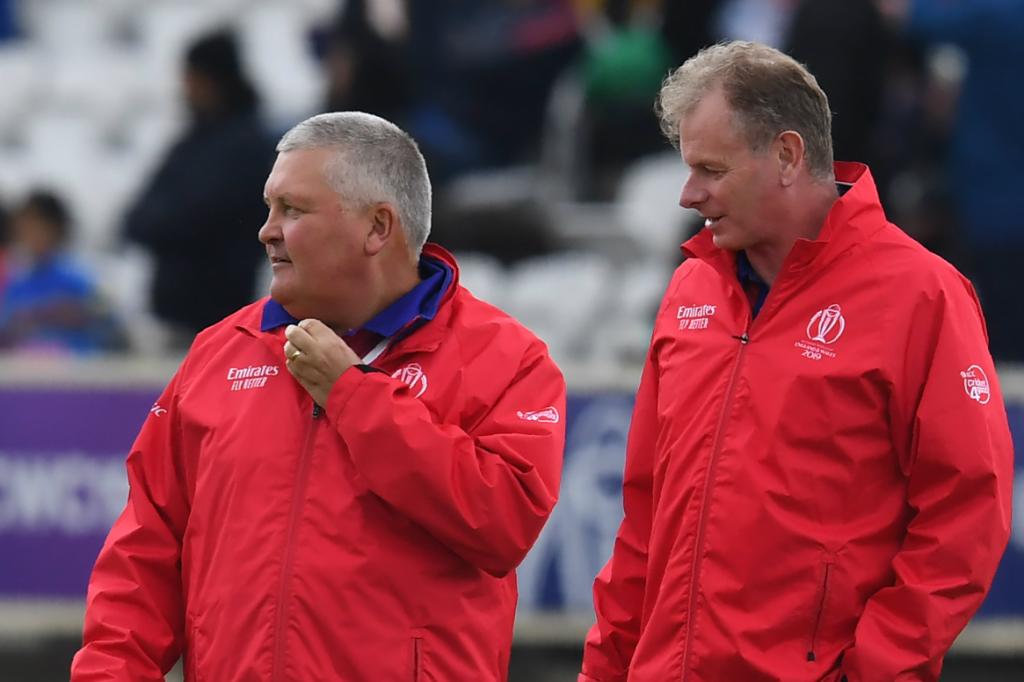 Rain had been forecast for this game and repeated inspections of the ground afterwards did not bear any fruit.

The no result meant New Zealand (7 points) stay on top while India (5 points) edge ahead of England (4 points) to the third spot with Australia (6 points) staying second.

The Kiwis are yet to lose a game with three wins before this, while Virat Kohli and Co. have beaten South Africa and Australia to start their campaign on a high.

With opener Shikhar Dhawan ruled out for at least three weeks, it would have been K.L. Rahul's first time as Rohit Sharma's opening partner in ODI cricket. As there was no toss, it could not be ascertained as to who the team picked for the No. 4 slot with both allrounder Vijay Shankar and seasond stumper-batsman Dinesh Karthik available.

So far, the South Africa-West Indies, Sri Lanka-Pakistan and Sri Lanka-Bangladesh games have all been washouts.

The ICC has said in a statement that it will be a logistical mayhem to keep reserve days for games in the group stage.

"Factoring in a reserve day for every match at the World Cup would significantly increase the length of the tournament and practically would be extremely complex to deliver," ICC Chief Executive David Richardson had said in a statement a few days back.

"It would impact pitch preparation, team recovery and travel days, accommodation and venue availability, tournament staffing, volunteer and match officials' availability, broadcast logistics and very importantly, the spectators who in some instances travel hours to be at the game. There is also no guarantee that the reserve day would be free from rain either.

"Up to 1,200 people are on site to deliver a match and everything associated with it, including getting it broadcast, and a proportion of them are moving around the country. So reserve days in the group stages would require a significant uplift in the number of staff," he added.