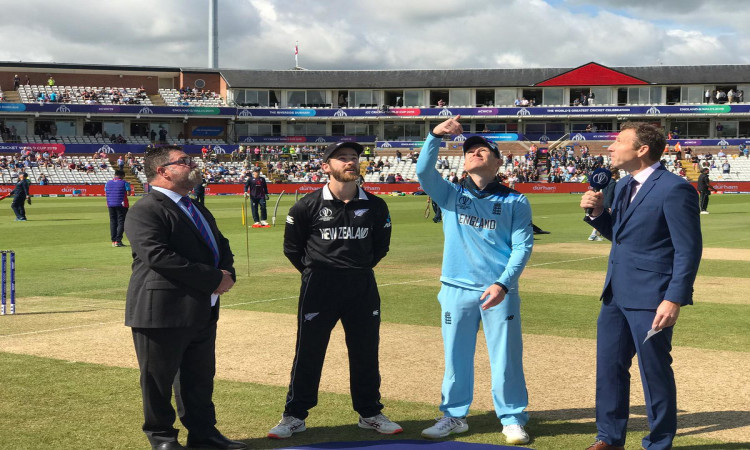 Chester-le-Street, July 3 (CRICKETNMORE) England skipper Eoin Morgan on Wednesday won the toss and opted to bat against New Zealand in their final group-stage fixture of the World Cup at the Riverside Cricket Ground.

England have gone with the same playing XI that featured against India. On the other hand, New Zealand have made two changes to their team. Tim Southee and Mark Henry have been included in the side in place of Lockie Ferguson and Ish Sodhi.

Also Read: Our destiny is in our hands, not India: Pakistan coach Mickey Arthur

"We will bat first because of pitch and overhead conditions. There is more on the line so there is more excitement. This game is like a quarter-final for us. The victory against India has boosted our confidence. New Zealand are a strong side we have to play well to compete," said Morgan after winning the toss.

"I would have liked to bat first too but the pitch doesn't change much here. It is important that we do the job with the ball first-up. Southee and Henry come in place of Ferguson and Sodhi," said New Zealand skipper Kane Williamson.