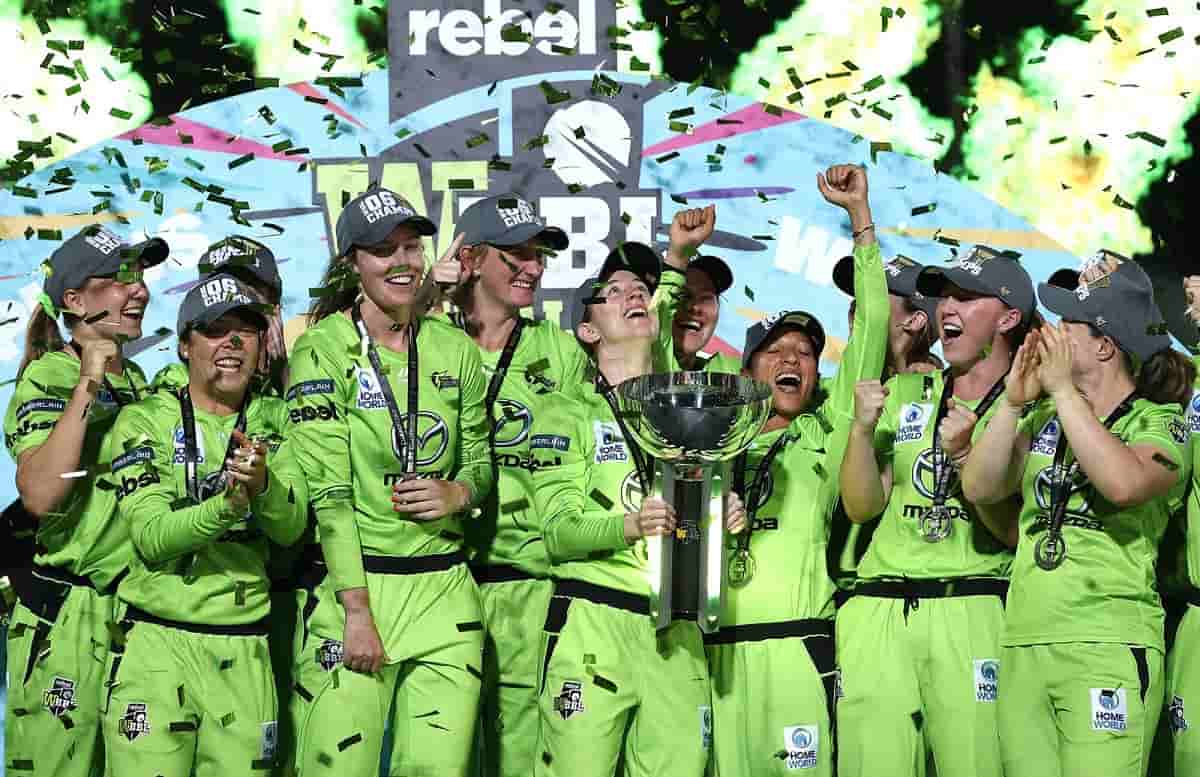 Thunder's bowling attack, led by South African Shabnim Ismail (2/12) and Australia's Sammy-Jo Johnson (2/11), shared four wickets between them as the Sydney franchise restricted the Melbourne team to 86 for nine wickets in 20 overs. It was the lowest total ever in a WBBL final.

The target proved to be a cakewalk for the Sydney team as England batter Heather Knight made an unbeaten 26 off 19 balls and captain Rachael Haynes scored a 17-ball 21 to take their team home with 6.2 overs to spare.

Melbourne skipper Meg Lanning elected to bat but the decision backfired as the Thunder quicks Ismail and Johnson left the Stars' strong top-order in tatters. After being reduced to 20 for three in 6.1 overs, Melbourne had backs to the wall and could not recover.

England quick Katherine Brunt hung around and added 22 crucial runs but could not find the boundary once in her 27-ball innings.

Knowing early wickets were their only hope to win, Lanning handed the ball to leading quicks Brunt and Sciver, hoping for a miracle.

Brunt ignited some hope when she trapped fellow English import Beaumont leg-before for 16, but her opening partner Rachel Trenaman hung around 23. After her dismissal, Knight and Haynes carried the Sydney team home.