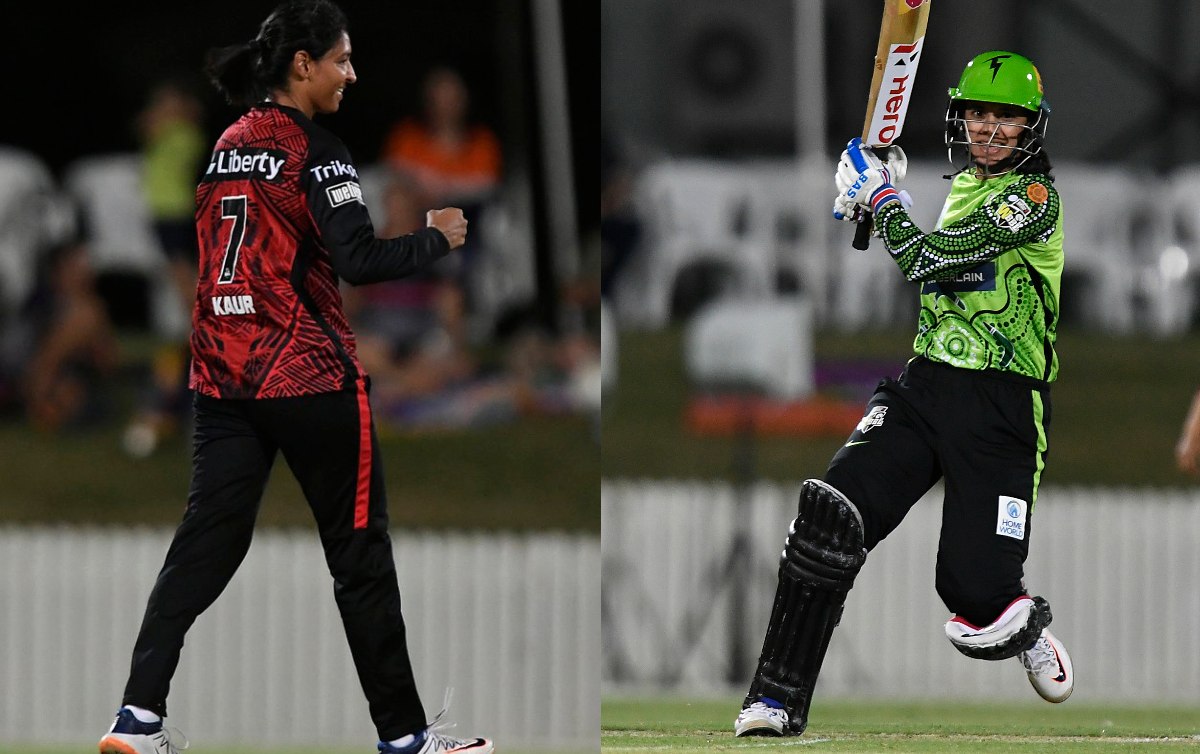 Chasing 176, Mandhana gave a terrific start to the innings and helped Sydney score 46 inside the powerplay despite losing Sammy-Jo Johnson for 12. Phoebe Litchfield got out scoring just one as soon as the restrictions lifted.

Mandhana continued to find the boundaries regularly while Tahlia Wilson struggled to find the fence. In the end, Wilson's less than run-a-ball innings turned out to be crucial as Thunder lost by four runs.

Mandhana smashed her maiden Big Bash League century but couldn't save her team from crashing out of the playoffs contention.

Harmanpreet starred in the case for Melbourne as she not only slammed 81 off 55 balls with the help of 11 fours and two sixes but also got one wicket & defended 13 runs in the last over.

Deepti Sharma had an average outing where she conceded 17 runs in two overs and didn't get the opportunity to bat. Jemimah Rodrigues, too, got out scoring just two runs.