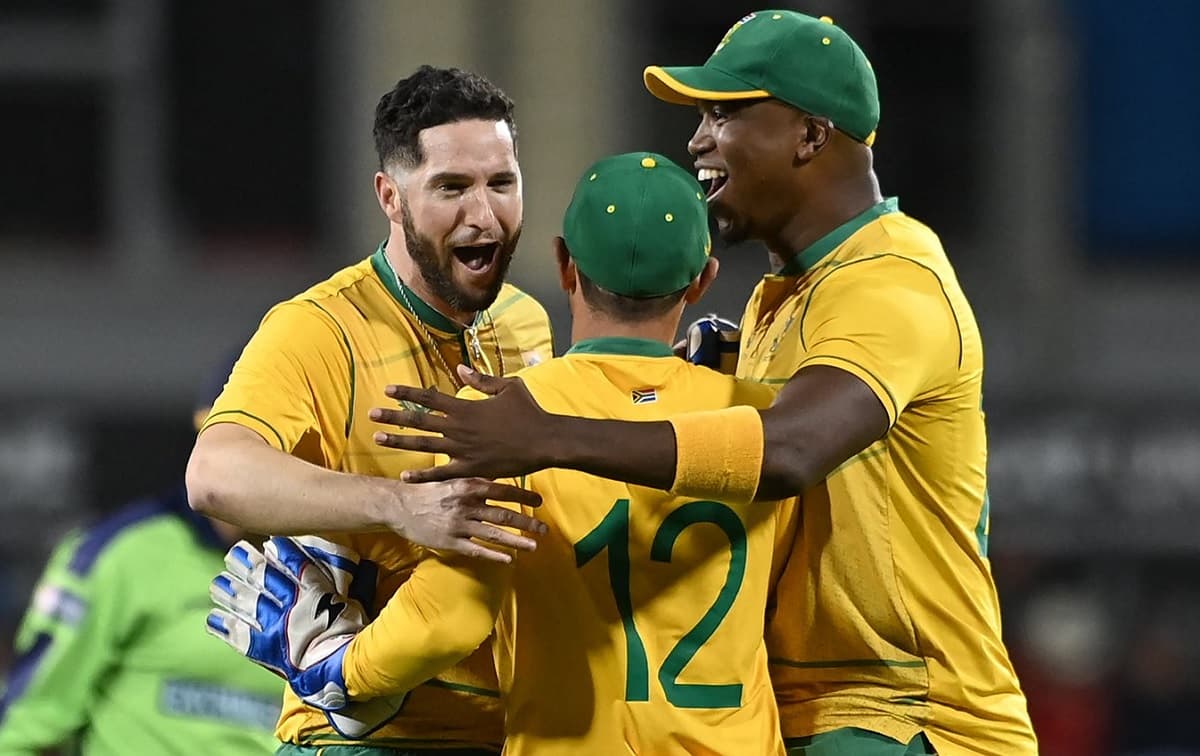 Left-arm pace all-rounder Wayne Parnell claimed a fine career-best five-for as South Africa beat Ireland by 44 runs in the second T20I at the Seat Unique Stadium in Bristol to seal a 2-0 series win.

On the way of running through the Irish batting line-up in defence of 182/6, Parnell also became only the fifth South African to take 50 wickets in the shortest format of the game. His figures of 5/30 were essential in helping his team bundle out Ireland for just 138.

After losing the toss and pushed into batting first, opener Reeza Hendricks, whose previous four innings all yielded half centuries, began well but he fell narrowly short of another fifty, making 42 off 40 balls.

At the other end, Quinton de Kock and Rassie van der Dussen had struggled to find their range to fall cheaply. But Hendricks again found support through Aiden Markram as he plundered three sixes in a 10-ball 27.

Both were removed by Gareth Delany in an excellent 13th over leaving the visitors on 85/4 at that stage.

An explosive 71-run stand between Heinrich Klaasen (39 off 16 balls) and the fit-again stand-in captain David Miller (32 off 20 balls) propelled South Africa to reach a strong total. The duo found the fence almost at will to take their team to a strong total at halfway stage of the match.

In reply, Parnell struck twice in the second over to severely jolt the Irish threat, resulting in them never getting the take off they needed in a mammoth chase. Paul Stirling batted aggressively for his 28, but could not sustain his charge and fell along with Gareth Delany, who made a duck, within the space of three balls as Ireland sank to 40/4.

Harry Tector gave his team some chance, but he finally fell in the 13th over with 34 against his name. Barry McCarthy saved Ireland from the threat of being bowled out for double figures, putting on a last-minute show for the crowd at Bristol: he smashed 32 off 19, his new T20I-best, with three fours and two sixes included in the cameo.

But the Proteas were eventually able to taste victory, wrapping the match up with seven balls to spare. For his five-wicket haul, Parnell was adjudged Player of the Match, while Hendricks took the Player-of-the-Series award. South Africa will now begin preparation for the upcoming three-match Test series against England, starting from August 17.