Umran Malik was handed his debut ODI cap as Shikhar Dhawan-led team India face off against New Zealand in the 1st ODI at Eden Park, Auckland. 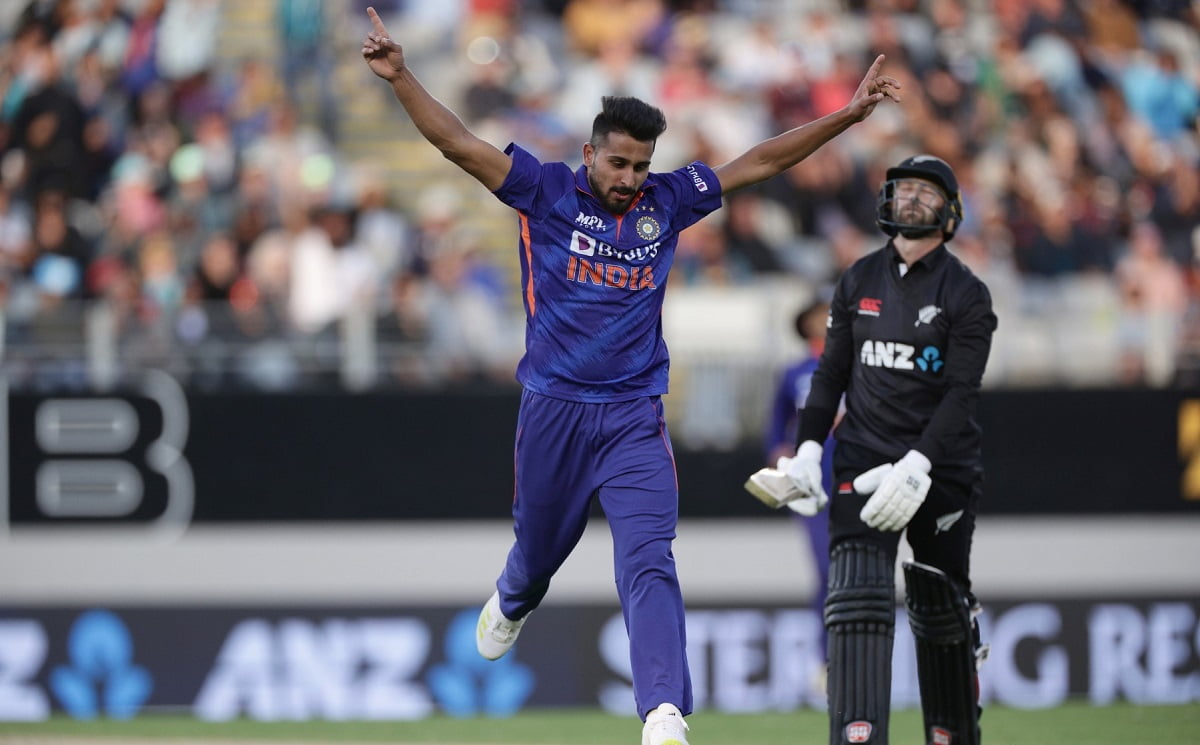 NZ vs IND: Much to the excitement of Indian cricket fans, fiery pacer Umran Malik was finally given a spot in the Indian playing XI as Shikhar Dhawan-led team India went face to face with New Zealand in the 1st ODI at Auckland. The speedster impressed as he grabbed a big wicket on his international debut.

After Arshdeep Singh and Shardul Thakur opened the bowling, fans were waiting for Umran Malik to be introduced into the attack. After 10 overs, Umran Malik was brought into the attack as New Zealand were at 42/1 with Devon Conway and Kane Williamson at the crease.

In his 1st over, Umran Malik maintained a speed of around 145-149, with only one delivery below the speed of 145 KMPH. In his first two overs, Umran Malik gave away just 9 runs. In his 3rd over, Devon Conway was at the strike for the first delivery, batting on 24(41) with 3 boundaries.

we have a feeling we're going to be fans of Umran Malik a while! #NZvINDonPrime #CricketOnPrime pic.twitter.com/3SHw4ZUjBm

Umran bowled the first delivery quickly and wide off as Conway chased it for a booming drive. However, the Kiwi opener managed just a faint edge and the ball went towards the wicket-keeper. It was an easy grab for Rishabh Pant as he pouched it in front of his face, as Umran Malik grabbed his debut ODI wicket.

Moreover, the bowler went on to dismiss Daryl Mitchell (11) in his 5th over as substitute Deepak Hooda took a comfortable catch in the deep point region. Earlier, New Zealand captain Kane Williamson won the toss & opted to bowl first against India in the 1st ODI. This match is being played at Eden Park, Auckland.