WATCH: Rohit & Suryakumar Take On McCoy For 25 Runs In An Over

After being put in to bat first against West Indies, India posted 191 runs in 20 overs and posted a target of 192 runs in front of West Indies to save the series. Opening the innings in this match as 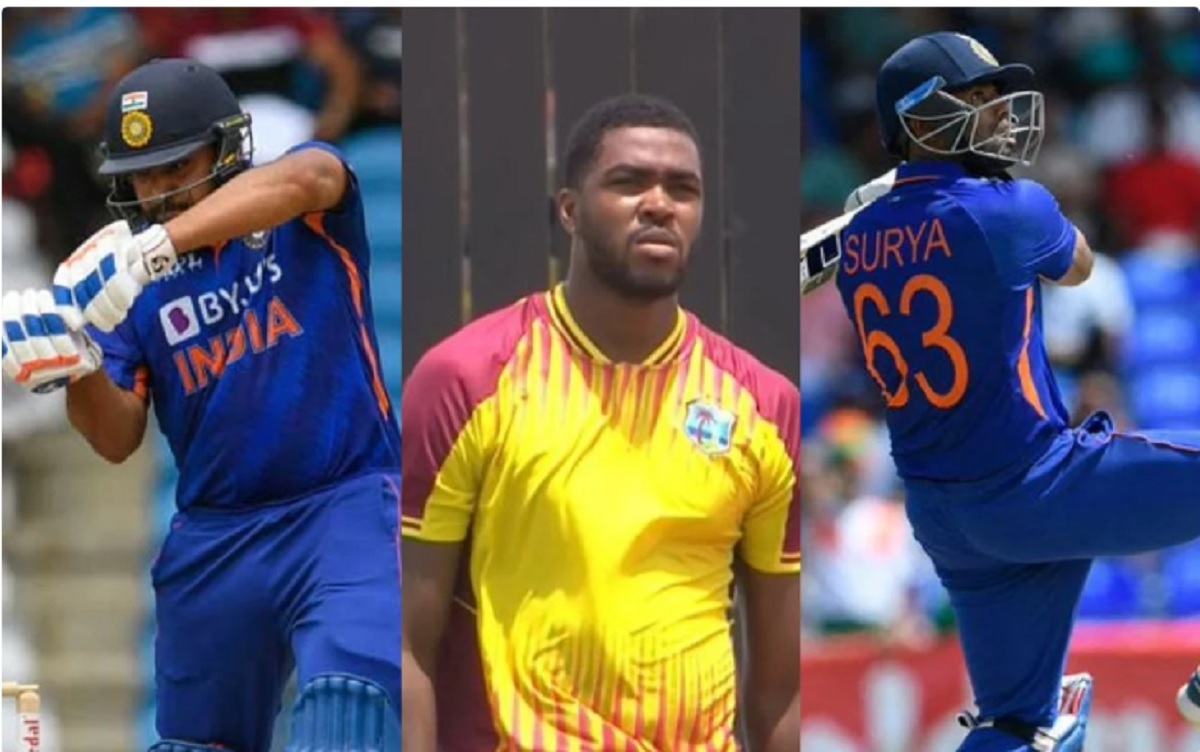 After being put in to bat first against West Indies, India posted 191 runs in 20 overs and posted a target of 192 runs in front of West Indies to save the series. Opening the innings in this match as well, Rohit Sharma and Suryakumar Yadav came out to open the innings for India and brought the thunder with them. Amidst this, the duo took on the West Indies pacer Obed McCoy in full flow.

McCoy was bowling the 3rd over of the Indian innings and the Caribbean players hoped for the left-arm pacer to pick up a wicket. However, a completely reverse of it happened. Rohit Sharma started off McCoy's over with a six and Suryakumar ended the over with a six.

In this over, a total of three sixes and a four were smacked as a total of 25 runs were scored in the over. Rohit Sharma smacked a six while Suryakumar Yadav smacked 2 sixes. During this, an incredible helicopter shot was witnessed from his bat. In this over, the thunder that the duo brought provided team India with much-needed momentum and team India carried on the momentum as they posted 191 runs in 20 overs.

.@surya_14kumar and @ImRo45 take @ObedCMcCoy to the cleaners. 25 OFF THE OVER! That helicopter shot from SKY though!

However, this good start wasn't capitalized on by the Indian batters. Rohit Sharma played a thunderous knock of 33 runs in 16 balls while Suryakumar scored 24 runs off 14 balls. However, during this knock, how the duo took on Obed McCoy, none of the other bowlers would have wanted that. McCoy gave away 66 runs in 4 overs during which he picked up just 1 wicket. His economy read a devastating 16.50.