Renuka Singh registered a bowling figure of 4-0-10-4 for team India against Barbados women in the Commonwealth Games 2022. 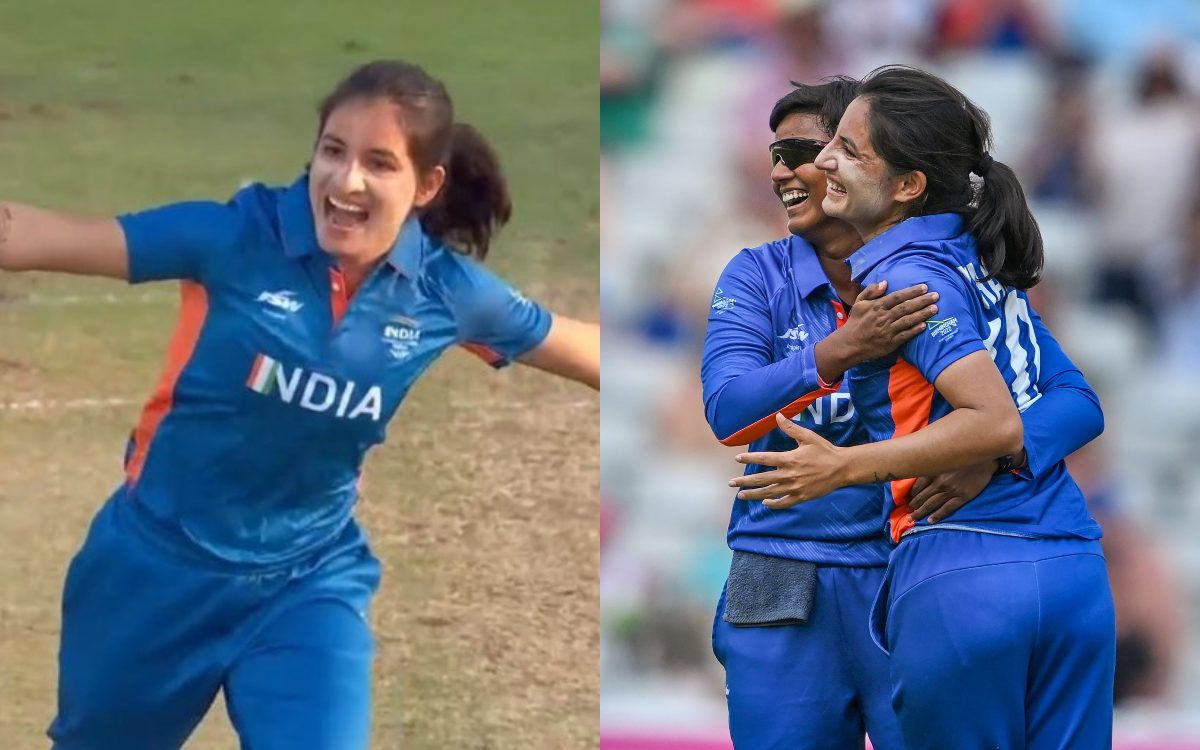 In the ongoing Commonwealth Games 2022, history was scripted as Women's Cricket was included in the CWG for the first time. All the cricket-playing Commonwealth Nations engaged in a competition with each other to bag a medal for their country at Birmingham. Amidst this, team India's Renuka Thakur has been a headache for opposition batters in the early overs and bowled a fiery spell to help team India thrash Barbados and enter the semi-finals.

Prior to this match, India had lost against Australia in the first match and then registered a win against Pakistan. Barbados also were defeated by Australia and then defeated Pakistan. This meant that this was a virtual knockout match for both India and Barbados women.

Being put in to bat first, India women posted a good total of 162/4 in 20 overs. Jemimah Rodrigues top scored with 56* while Shafali Verma and Deepti Sharma contributed with 43* and 34* runs each. With this, Barbados women had a target of 163 runs to chase down and reach the semi-final of the CWG 2022.

However, a storm named Renuka Singh awaited the Barbados women. The 26-year-old right-arm fast-medium bowler struck in the very first over, dismissing explosive batter Deandra Dottin for a duck on the third delivery. In her next over and the third over of Barbados inning, Renuka removed the other opener and captain Hayley Matthews as Barbados were struggling on 10/2 in 2.2 overs.

In her next over, Renuka bowled Kycia Knight (3) in the 5th over and struck with her third wicket inside the powerplay. Renuka Singh then again struck on the last bowl of the same over, dismissing Aaliyah Alleyne for a duck and rigging Barbados down to 19/4 in 5 overs.

Watch the highlights as Renuka Thakur produces a fiery spell against Barbados in a crucial match in #CWG2022 #BirminghamMeinJitegaHindustanHamara #B2022 #SirfSonyPeDikhega #SonySportsNetwork pic.twitter.com/YXiWymR1y9

With this early shakedown, Barbados were restricted to 62/8 in 20 overs, losing the match by 100 runs. This huge win has helped India to the semi-final of the Commonwealth Games 2022, where any of the three medals can be bagged by team India.