Watch: Marnus Labuschagne Gets Out In Freakish Way Against Stuart Broad

In 1996, Pakistan were playing against England at Lord's. Ijaz Ahmed was facing Dominic Cork when something weird happened. Ijaz walked outside off stump and Cork bowled the ball into the wickets and the middle stump went cartwheeling. 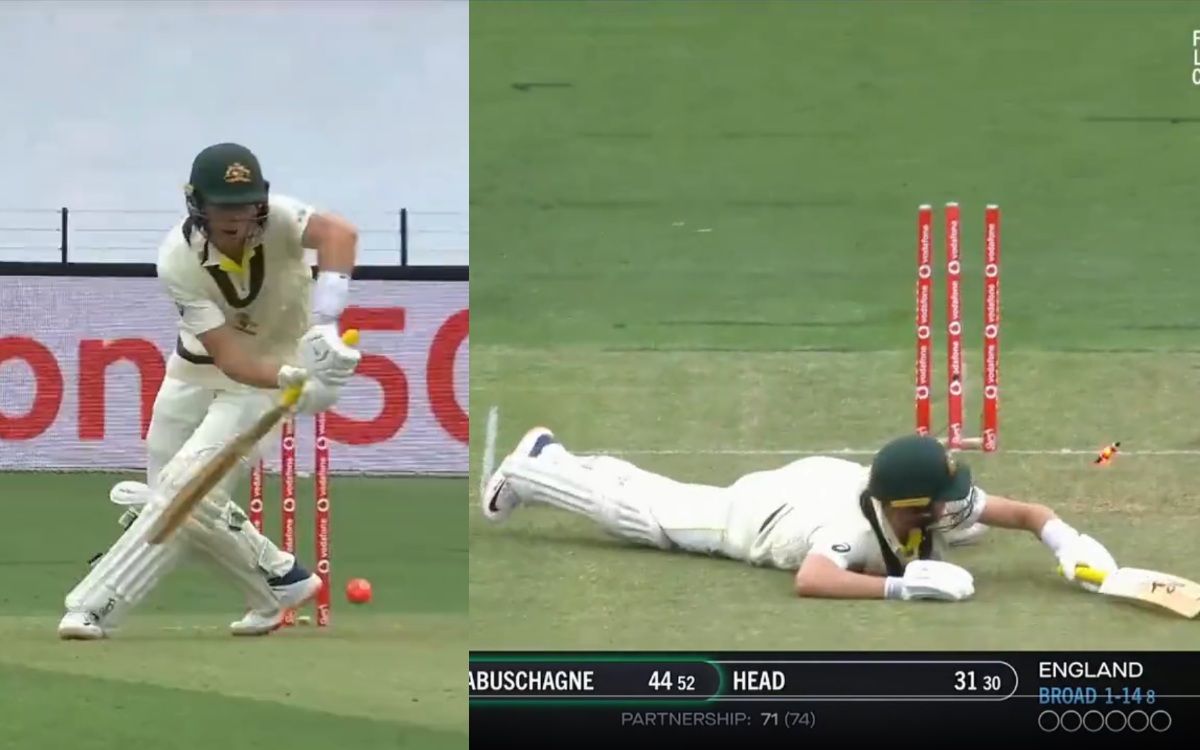 While it looked like the rarest of rare dismissals in international cricket, but a similar thing happened after 26 years at Hobart in the 5th Ashes test.

Marnus Labuschagne was rebuilding the innings with Travis Head after Australia were reduced to 12/3 on day 1 after being put in to bat first on a green seaming wicket. Labuschagne played an attacking knock to get 44 from just 53 balls, although he did get dropped early in his innings.

In the 23rd over, Stuart Broad came onto bowl and Labuschagne went too far across outside the off stump, similar to Ijaz's initial movement, and his stumps were all exposed. Broad didn't have to do anything and bowl towards the stumps and wickets got shattered as Labuschagne fell in his own tangled legs.

One of the weirdest dismissals we've ever seen! #Ashes pic.twitter.com/8Qp5rKprn8

It was one of the most freakish and bizarre ways to get out that even the Australian camp was smiling watching the dismissal of Labuschagne, who is a weird funny character on his own.