Ravindra Jadeja scored his 3rd test hundred and first in an overseas country while James Anderson picked up his 32nd 5-wicket haul in the first innings of the England vs India final test at Edgbaston. 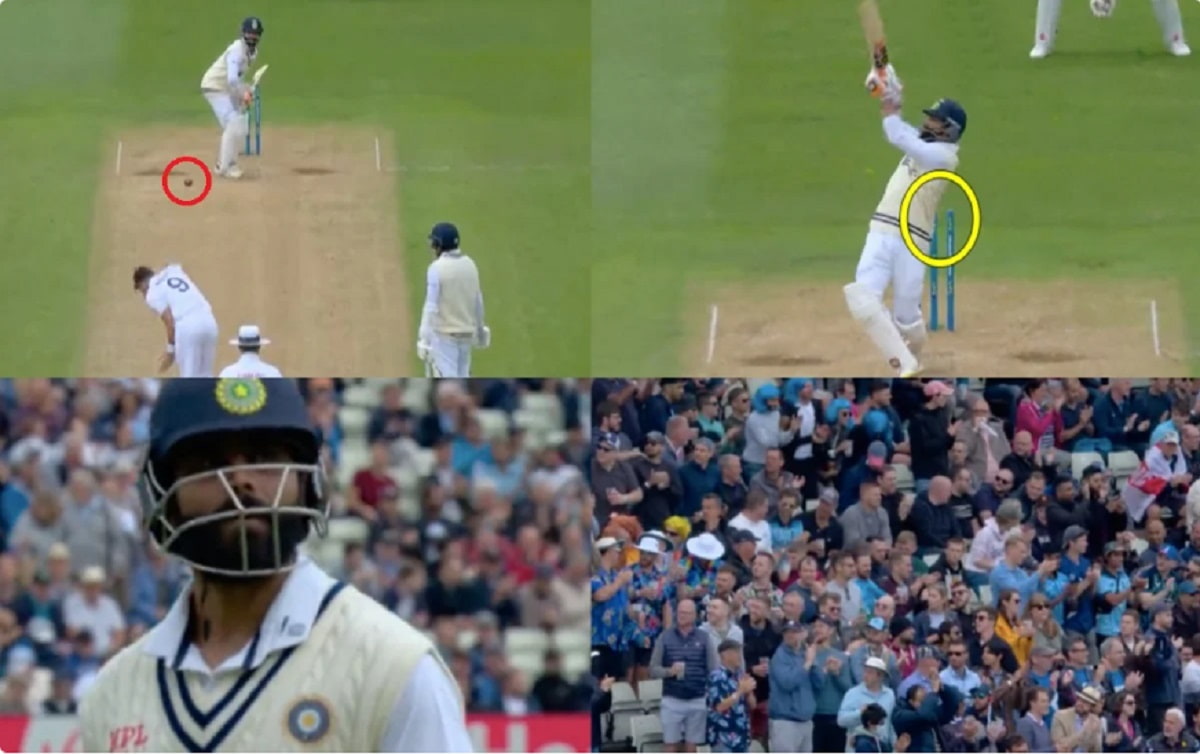 ENG vs IND - On the second day of the final test between England & India, team India's all-rounder Ravindra Jadeja smacked a classy ton. Before getting dismissed for 104 runs, Jadeja took on all the English bowler, smacking them all for runs. Jadeja's trememndous knock was brought to a stop by the ace pacer James Anderson. In an effort to play a big shot, Jadeja lost his wicket. However, the way James Anderson dislodged Jadeja's bails was worth watching.

On the second delivery of the 83rd over, Ravindra Jadeja was completely beaten. Anderson bowled a full delivery which swung in the air. Jadeja went for the heave across the line & missed it completely. The ball managed to beat Jadeja's bat's inside edge and trimmed the top of middle stump.

Ravindra Jadeja walked back after scoring 104 runs. When Jadeja was dismissed, all the crowd present at Edgbaston paid their respects with a standing ovation, applauding the all-rounder on his first century outside the subcontinent, while that too batting as low as #7. Jadeja also raised his bat with gratitude and accepted the applause he received from the English crowd.

Sir Jadeja walks back to a standing ovation after an incredible

James Anderson has scalps against his name so far

While talking about the match, India, after being restricted to 98/5, went on to score 416 runs in the first innings. Rishabh Pant and Ravindra Jadeja were the stars with the bat with their maginificent knocks, scoring 146 and 104 runs respectively. Jasprit Bumrah smacked an unbeaten 31 runs off 16 deliveries at the end to take India across the 400-run mark. For England, James Anderson picked up a 5-fer. Earlier, England captain Ben Stokes won the toss & opted to bowl first against India in the final test. This match is being played at Edgbaston, Birmingham.