Daryl Mitchell smashed his maiden ODI century on Friday against Bangladesh and helped his team clean sweep the series 3-0. 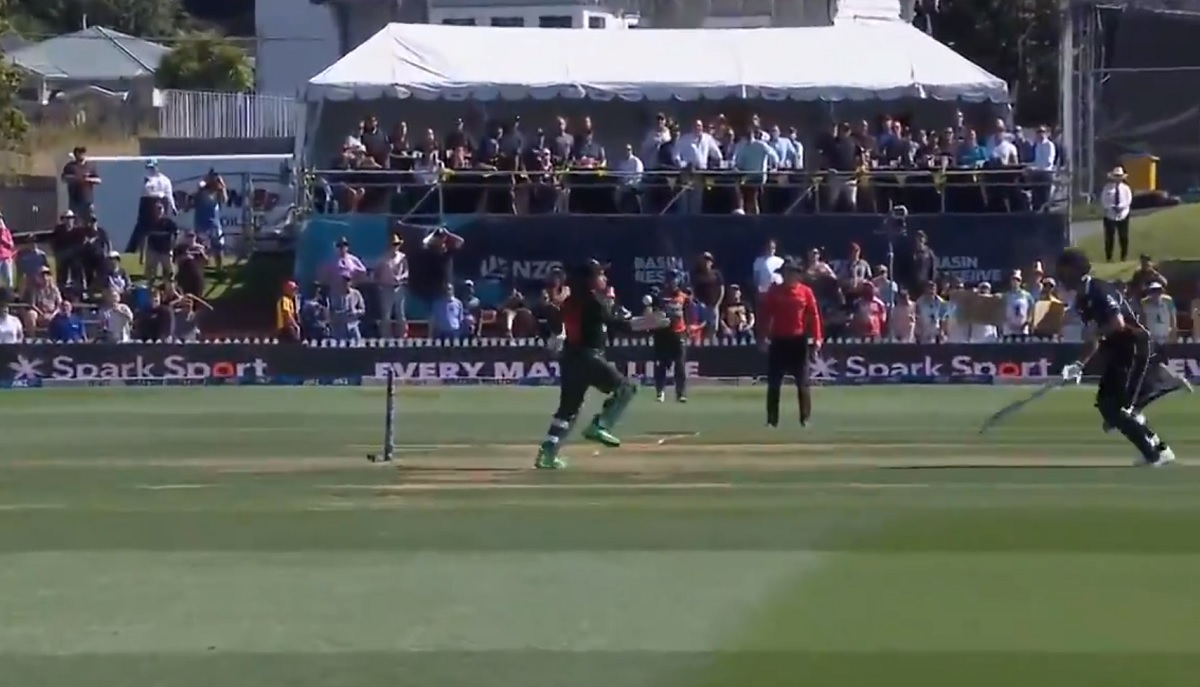 Mitchell reached his century on the very last ball of the first innings. He needed two runs to get to his hundred and smashed the ball towards mid-wicket. He ran for two and was well short of his crease to complete the run.


2nd ODI: Ben Stokes Warned After Getting Caught Using Saliva On The Ball

The fielder at the deep midwicket collected the ball cleanly and saw the opportunity to run Daryl Mitchell out for 99. The throw was well within the reach of the wicket-keeper Mushfiqur Rahim but he ruined it.

Rahim failed to collect the ball cleanly and fumbled, which gave time to Mitchell to complete the run and get to his maiden century.

Take a bow Daryl Mitchell, he's brought up his first ODI hundred on the final ball of the innings!

Bangladesh, in response to New Zealand's 318, lost the match by 164 runs as James Neesham took a five-wicket haul to bowl out the visitors for 154.