David Miller, who remained not out in the first two wins for his team, scored just 3 runs in 5 deliveries as he was deceived by Harshal Patel's slower delivery. 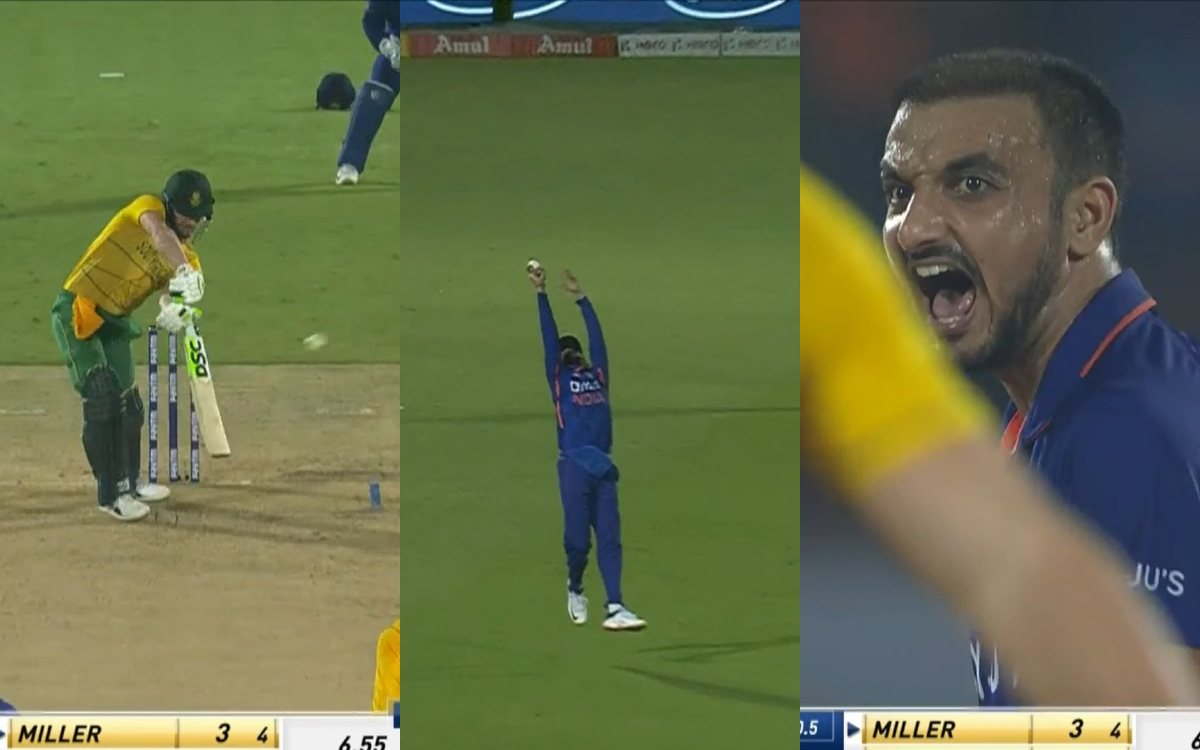 IND vs SA 3rd T20I: David Miller continued his golden run from the recently concluded IPL as he remained unbeaten in the first T20Is against India, guiding South Africa to victories in the first two matches. However, Harshal Patel made a comeback against the in-form batter as he deceived 'Killer Miller', and Ruturaj Gaikwad completed an excellent catch to dismiss the batter.

While chasing a total of 180, South Africa had a not-so-decent start as they lost 5 wickets in the first 9 overs for just 57 runs. The onus was on David Miller, who played a magnificent knock in the first T20I, to take South Africa to a series-winning match in the third T20I.

Harshal Patel was bowling the 11th over of the South African innings, and Miller was on strike on the last delivery with only 3 runs in 4 deliveries. Harshal bowled a slower delivery on the last ball, deceiving the batter.

Miller stayed on the leg-side of the ball and picked it very late. Miller checked his push/drive shot and ended up tamely chipping it up in the air. Ruturaj Gaikwad, fielding at cover, timed his jump to perfection and completed an excellent one-handed overhead catch. This was a big wicket which almost confirmed the Indian win as South Africa lost their 5th wicket in the 11th over for just 71 runs.

Earlier, South Africa captain Temba Bavuma won the toss & opted to bowl first against India in the 3rd T20I. With fifties from Ruturaj Gaikwad (57) and Ishan Kishan (54), India posted a total of 179/5 in 20 overs. In reply, the Proteas were restricted to just 131 runs in 19.1 overs as Harshal Patel picked up 4 wickets while Yuzvendra Chahal managed 3 wickets, taking team India to a 48-run win in a must-win game. This match was played at Dr. Y.S. Rajasekhara Reddy ACA-VDCA Cricket Stadium, Visakhapatnam.