RCB vs GT IPL 2022: Glenn Maxwell got a lifeline on the first delivery as the googly by Rashid Khan failed to completely dislodge the stump bails. 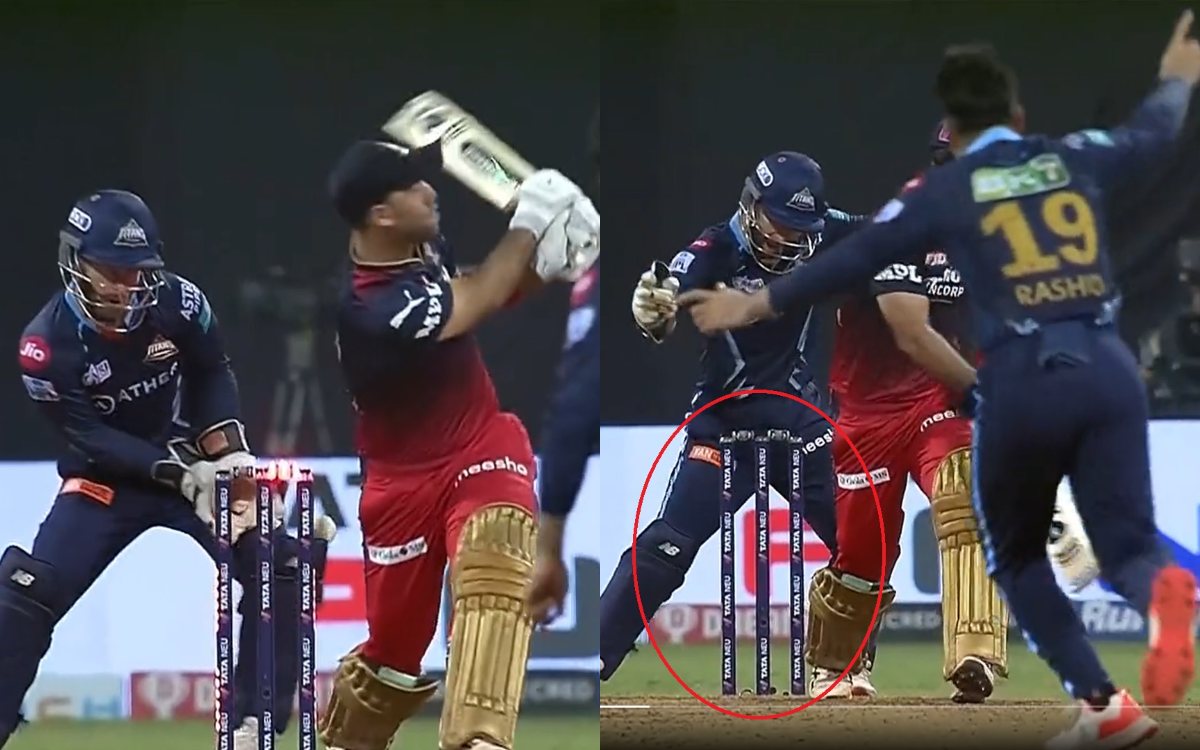 RCB vs GT IPL 2022: 'I've seen this one before!'. Once again, the bails were lit but there was no wicket for the bowler. After Rashid Khan registered the first wicket of the match for Gujarat, Glenn Maxwell survived on the very next delivery as the bails lit for a second for refusing to fall.

Chasing a modest target, Royal Challengers Bangalore got off to a brilliant start with an opening partnership of 115 runs in 14.2 overs between Virat Kohli & Faf du Plessis. In the 15th over, Faf was dismissed by Rashid Khan after scoring 44 runs in 38 deliveries.


IPL 2022: Pandya Guides Gujarat To 168/5 Against Bangalore With Unbeaten Fifty

'Big Show' Glenn Maxwell came out to bat for RCB as the team needed 54 runs in 33 deliveries to win and stay alive in the competition. Rashid bowled the very first delivery a googly which landed on the spin. Maxwell went for a slog sweep but missed it.

The ball went on to brush the stumps and the Afghan spinner went into a celebration after seeing the bails lit for a second. However, the bails settled down and were unlit, as the ball went towards fine leg for four byes.

A similar incident was witnessed in the clash between Rajasthan Royals & Delhi Capitals, where David Warner survived against spinner Yuzvendra Chahal.

WTF was that! Maxwell came with Unreal luck today...! This rule should definitely change.....If the Ball hits the Stumps & Light glows, then its Out! Probably costed GT the match! #IPL2022 pic.twitter.com/natipMjY1b

While talking about the match, Gujarat Titans captain Hardik Pandya won the toss & opted to bat first against Royal Challengers Bangalore in the 67th match. GT skipper Hardik Pandya scored an unbeaten fifty, carrying his team to 168/5 in 20 overs. For RCB, Josh Hazlewood picked up 2 wickets while Maxwell & Hasaranga managed 1 wicket each.