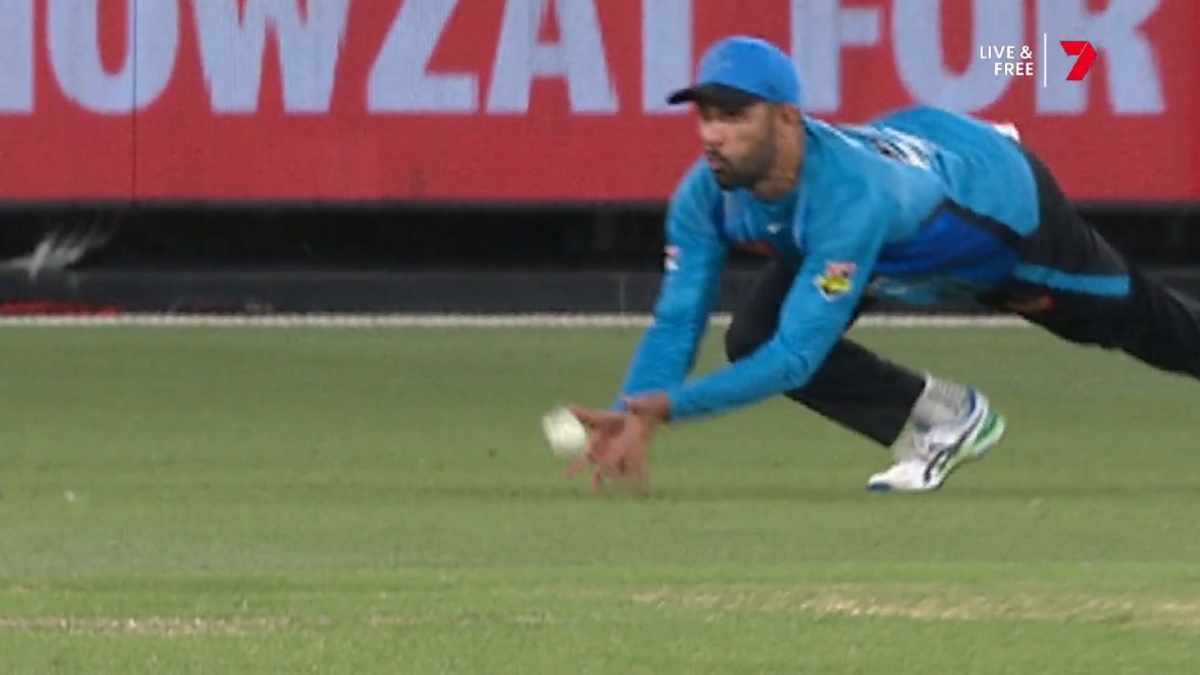 Cricket is a game of margins and marginal calls mean one has to select sides if the decision is correct or not. Generally, low diving catches divide the viewers and such an incident happened in the Knockout match of the Big Bash League(BBL) today.

Sydney Thunder's Usman Khawaja came down the track and tried to hit a lofted inside-out drive but got a thick outside edge towards the short third man, Fawad Ahmed, who had to dive forward to take the catch.

However, it was a close call and the umpires sent it upstairs while signaling the soft signal as out.

"I don't agree with it, but I have to accept it"

Classy stuff from Usman Khawaja on his controversial dismissal at the MCG tonight #BBL11 pic.twitter.com/BP3AWmWDDn

With not much conclusive evidence, the third umpire had to standby with the on-field umpire's soft signal - OUT.

"The soft signal shocks me. It's difficult for the third ump on the replay, so the soft signal matters. I asked the ump if he can be 100% sure if that ball didn't touch the ground," Usman Khawaja said after the dismissal in a sideline interview.