IND vs AUS 2nd T20I: Jasprit Bumrah earned Aaron Finch's appreciation after dismissing the batter. Bumrah has returned after a gap of two and a half months due to injury. 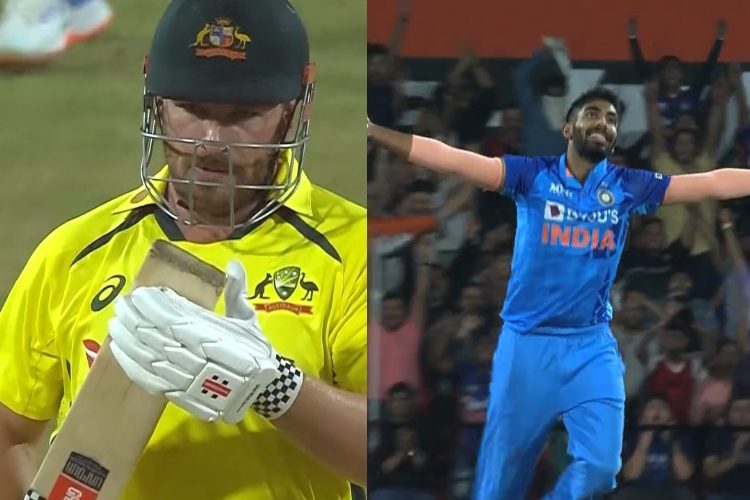 IND vs AUS: In the 2nd T20I between India and Australia being played at Vidarbha Cricket Association Stadium, Nagpur, Jasprit Bumrah made his comeback to the Indian playing XI after a long time. Returning to the field after around two and a half months, Jasprit Bumrah looked his usual self with the ball in hand and in his very first over, managed to dismiss dangerous-looking, Aaron Finch, dismantling the stumps.

On the last delivery of the 5th over, Jasprit Bumrah spilt the stumps with his yorker length delivery. Even though this wasn't a perfect yorker by Jasprit Bumrah's standards, Finch was unable to play the incoming bowl and was clean bowled. However, Finch's reaction was noteworthy after getting dismissed.

Finch clapped and appreciated the bowler for a wonderful delivery, implying in his own way that it was an unplayable delivery for him. While talking about the match, India captain Rohit Sharma opted to bowl first after winning the toss. Due to a delayed start because of a wet outfield, the game was reduced to 8 overs per side.

Australia were powered to 90 runs in their 8 overs. Matthew Wade scored an unbeaten 43 runs off 20 balls with 4 fours & 3 sixes. Axar Patel was the most successful bowler for team India has he picked up 2 wickets in his 2 overs, conceding just 13 runs. Australia are currently 1-0 ahead in the 3-match T20I series.