Shubman Gill scored 17 runs off 24 balls with 4 fours before getting dismissed in the first innings. 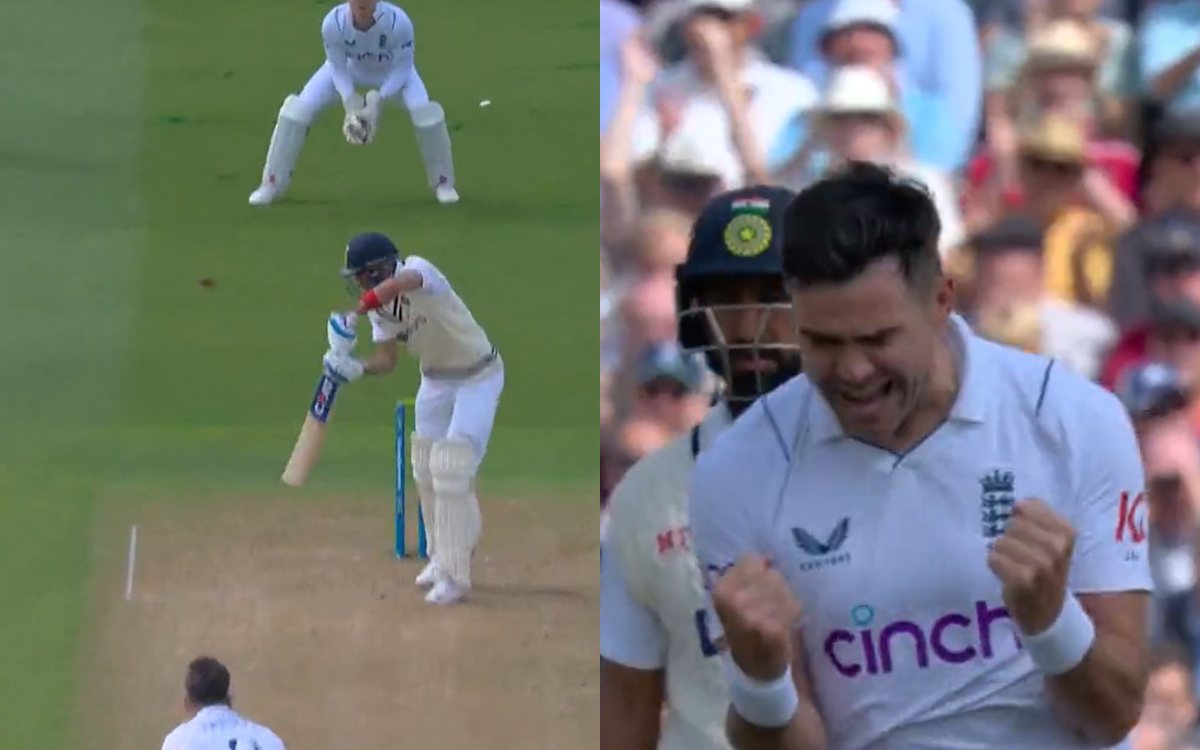 ENG vs IND - James Anderson made an excellent return to the English side, dismissing Indian opener Shubman Gill and providing the opening wicket for the English team against India in the final test. Anderson was rested in the 3rd test against New Zealand and came back in style against the Indian side in the important.

After a gap of 10 months, the 5th and final test of the test series between England and India is finally being played at Edgbaston. After chasing down big totals consecutively against New Zealand in all three tests, skipper Ben Stokes opted to bowl first against India in the final test.

With regular captain Rohit Sharma out of the team due to covid, Cheteshwar Pujara was sent in to open the innings along with Shubman Gill after being put in to bat first. The openers added 27 runs for the first wicket in 6 overs as the duo tried to counter the new ball under overcast conditions carefully.

James Anderson was bowling the 7th over, where Gill was on strike on the second delivery. Anderson bowled the delivery angling in closer to the off stump, getting it to shape away and the angle drew Gill into a hard-handed waft. Extra bounce caused the ball to take the edge and was comfortably taken by Zak Crawley in the second slip. Gill was dismissed after scoring 17 runs off 24 balls with 4 fours.

Jimmy is back with a

Earlier, England captain Ben Stokes won the toss & opted to bowl first against India in the 5th test. While writing this piece, India are at 43/1 in the first session with Pujara (13*) and Hanuma Vihari (6*) at the crease for team India. This match is being played at Edgbaston, Birmingham.