WATCH: 'So Close Yet So Far' Akeal Hosein Smashes 28 Runs In Last Over Only Lose Match By 1 Run

WI v ENG Akeal Hosein smashed 28 runs in the last over but West Indies lost the match by 1 run. 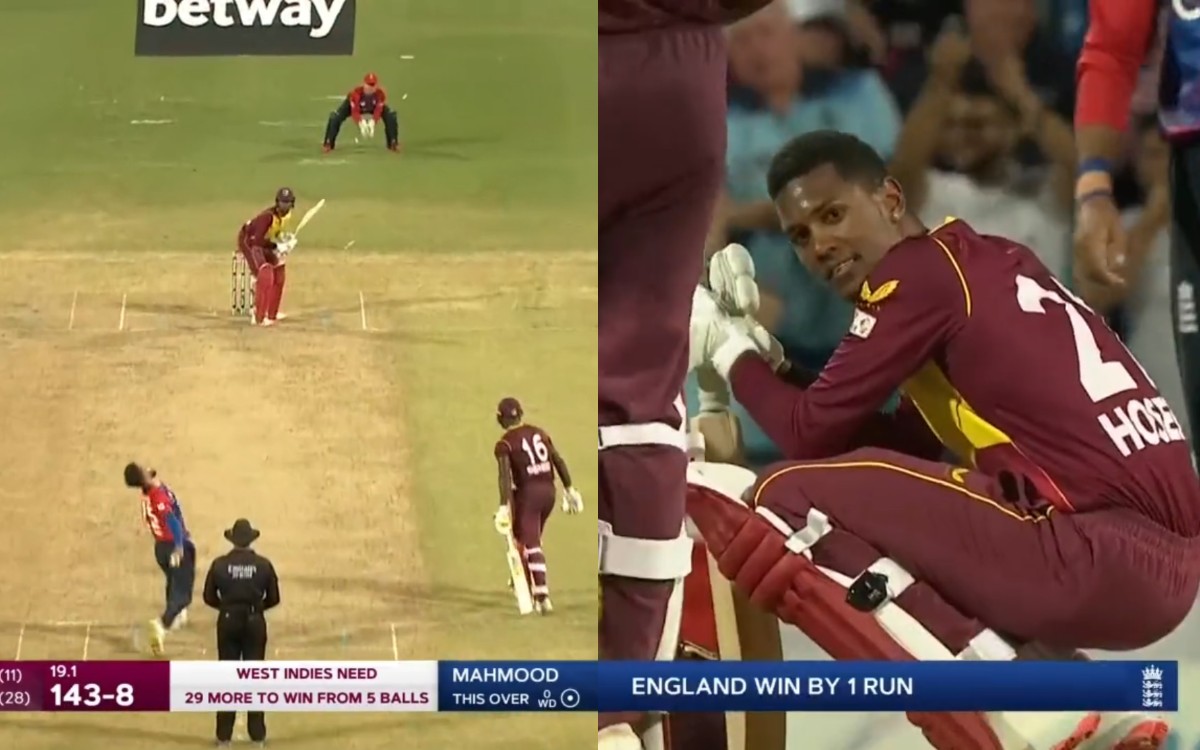 WI v ENG: West Indies were down and out struggling at 98/8 trying to chase down a target that didn't even look in the site - 171. England had to do nothing but bowl the next five overs and hope to get two good balls to get the tailenders out.

However, it was the time Romario Shephard and Akeal Hosein shook hands and decided to enjoy themselves in the middle in the nothing to lose and everything to gain scenario.

West Indies have always boasted themselves of having six-hitting ability right till the number 11 batter and it was the day they showed it. Shephard smashed five sixes and a four during his unbeaten 44-run knock.

But the target was still far from his site and he needed Hosein to find something from his bat and he did. Hosein was on 18 from 10 when West Indies needed 30 runs in the final over. Saqib Mahmood came onto to bowl the final over.

Hosein made sure he swing the bat hard and at the ball every time he sees it. Mahmood, playing his 11th T20I, bowled a wide ball on the first ball almost on the second. It was 29 needed off four and Hosein smashed it for four.

On the third ball, Hosein found another boundary. The target was 20 off the last three balls thanks to yet another wide by Mahmood. Hosein only hoped for the bowler to give just one extra more since he had decided to hit the rest three balls for six.

6, 6, 6 but no extra as Akeal Hosein sat down dejected for getting so close yet so far from winning the match out of nowhere for West Indies. The bowler made out a game from his bat gave the watchers an entertainment of a lifetime.

So near yet so far! #Shepherd and # Hosein’s th-wicket stand almost gets #WestIndies over the line but in the end they fall short of just run!