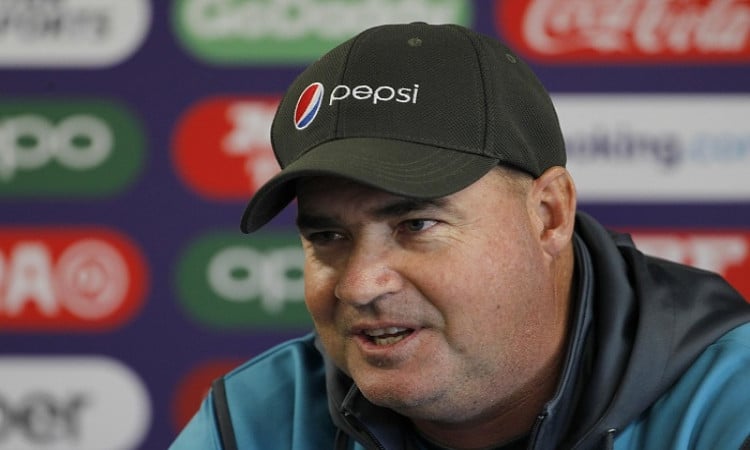 London, June 25 (CRICKETNMORE):  Pakistan head coach Mickey Arthur has claimed that he was feeling so low and disappointed after his team's loss to India in the ongoing World Cup that he wanted to "commit suicide".

On June 16 at the Old Trafford in Manchester, Pakistan had to face an embarrassing 89-run loss (D/L method) against arch-rivals India. This was their seventh loss against the Men in Blue in all the editions of the World Cups.

The entire team, including skipper Sarfaraz Ahmed and the team management, had drawn a lot of flak from former cricketers and fans on social media.

However, Pakistan came back strongly to keep their hopes alive of making it to the semi-finals as they registered a convincing 49-run victory over South Africa, knocking the Faf du Plessis-led team out of the competition.

"Last Sunday I wanted to commit suicide," Arthur said at the post-match press conference after the Proteas game at the Lord's on Sunday. "But it was, you know, it's only one performance.

"It happens so quick. You lose a game; you lose another game; it's a World Cup; media scrutiny; public expectation, and then you almost go into sort of survival mode. We've all been there," he added.

He had also said guys in the team were "burnt" last week post their defeat to Virat Kohli's men.

Pakistan have five points from six games and are currently placed at the seventh spot in the table. They need to win all their remaining three games against New Zealand (Wednesday), Afghanistan (Saturday) and Bangladesh (July 5), and also hope that results of matches of other teams go in their favour so that they can make it to the last four stage.

It should be remembered that former Pakistan coach Bob Woolmer had died under mysterious circumstances after the Green Brigade got eliminated in the group stage of the 2007 edition of the World Cup held in the West Indies.