Kolkata, March 28 (CRICKETNMORE):  On the back of scoring consecutive fifties for Kolkata Knight Riders, Nitish Rana said he wants to maintain his form throughout the season and not fizzle out in the second-half like last year. 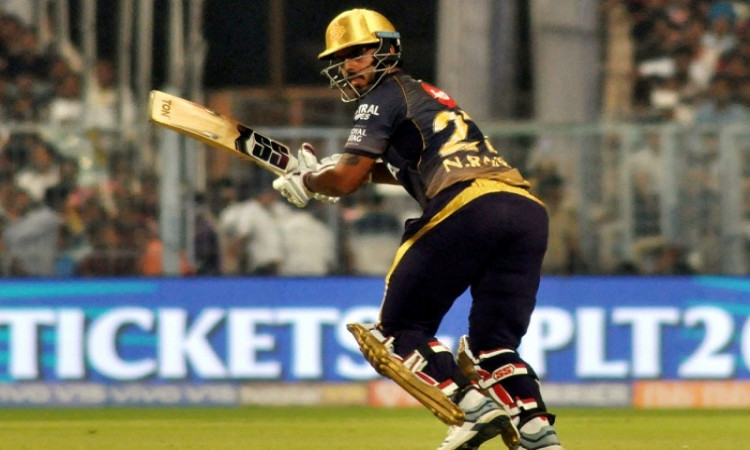 Rana smashed a 34-ball 63, hitting seven sixes and two fours to help KKR post a mammoth 218/4 against Kings XI Punjab on Wednesday. The home team won by 28 runs as Punjab were never in the chase.

This was Rana's second successive fifty after slamming 68 in the first game against Sunrisers Hyderabad.

"In the last couple of seasons I started well but my form fizzled out towards the later half of the tournament. So this time around, I want to work on this. I want to continue the kind of form I have started in till the end of the tournament," Rana told reporters at the post match media conference.

Rana started in similar fashion last season only to finish as the team's sixth highest scorer with 304 runs from 15 innings at an average of 23.38.

On Wednesday, the dashing left-hander went after Punjab captain R. Ashwin, hitting the India Test off-spinner for four sixes, one each over.

"It wasn't pre-planned that I'll go after Ashiwn," the 25-year old Rana said.

"I was just trying to build my innings. I was taking it ball by ball at the start and then when I thought I can charge, I did that - irrespective of who the bowler was.

"It doesn't matter for me who the bowler is. My game plan was simple. I thought that was the time to attack and I did. That was the plan for the two overs -- of Ashiwn and South Africa pacer (Hardus Viljoen). It was simple as that," he explained.

The turning point of Wednesday's match was when Mohammed Shami castled Russell batting on 3 off 5 balls, only to find the umpire calling it a no-ball as there were only three fielders inside the circle instead of the mandatory four.

Since then, KKR made 56 runs in 19 balls as the Jamaican bludgeoned Andrew Tye and Shami in the next two over hitting eight boundaries.

Asked if that changed the course of the match, Rana said: "You can probably say that. But even if we had 180 or 200, we would have fought this hard.

"It wasn't very easy (to chase) because the ball started seaming in the seocnd innings. I think even 200 would have been defendable. Having 220 definitely worked in our favour...how Russell got a lifeline and that probably gave us those 20-25 runs extra."

He added that KKR did not have a target in mind when asked to bat first, and once he and Robin Uthappa 67 not-out got going, they thought 200-plus was possible.

"We wanted to go out there assess how the wicket was playing and then set a target. With the wicket playing well and the partnership I had with Robbie, we thought yes, 200 is achievable.

"Luckily, the way Russell batted in the last few overs, we eventually did cross 200. We were targeting around 200, because the wicket played better than how it did in the previous game."