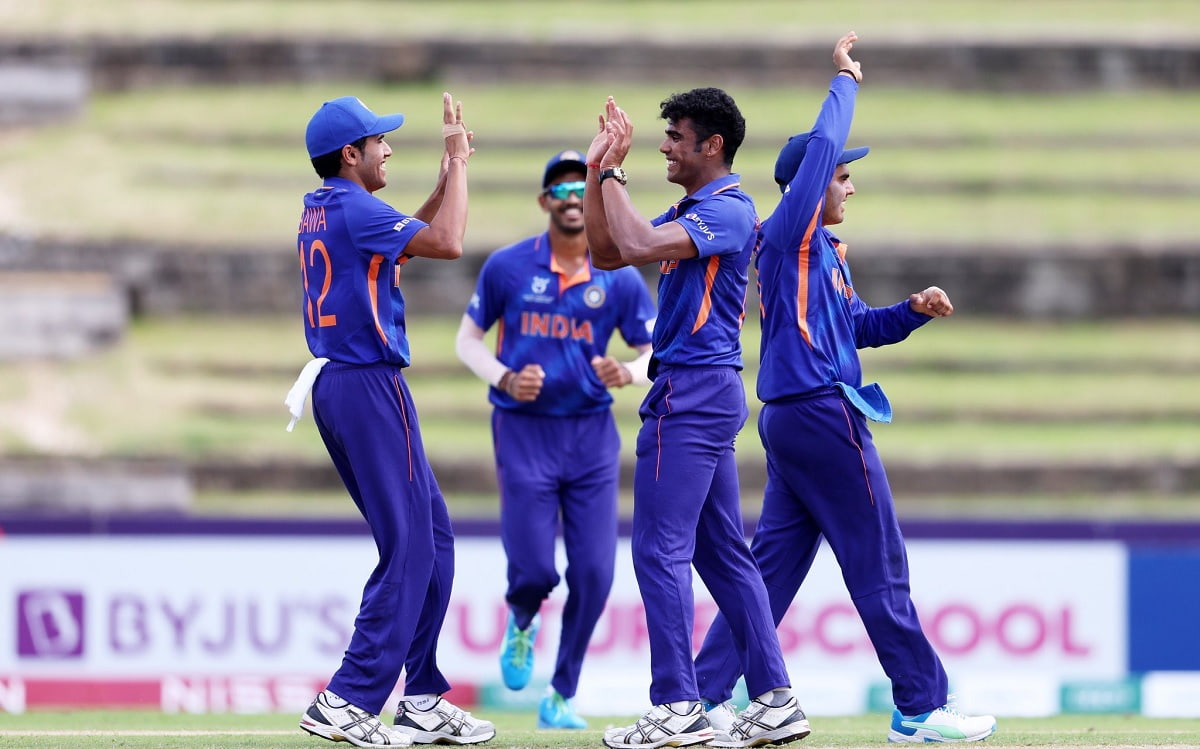 Former India cricketer VVS Laxman on Thursday lauded the Indian team for their 'phenomenal' performance against Ireland in the ongoing ICC Under- 19 Men's Cricket World Cup despite missing six players including captain and vice-captain, due to COVID-19.

The BCCI on Wednesday night announced that the India team currently taking part in the Under-19 World Cup in the Caribbean have reported COVID-19 positive cases following RT-PCR and Rapid Antigen Tests. Six members out of the 17-member squad were put in isolation and subsequently ruled out of the selection for the Group B clash against Ireland.


It Was Not A True Wicket, Not Easy For New Batter To Get Runs Quickly: Shikhar Dhawan

However, the Indian team led by Nishant Sindhu put up a spirited performance to thrash Ireland by 174 runs and progress to the quarterfinals of the mega event.

The four-time champions made 307/5 from their 50 overs, thanks to the batting unit coming to the party and then the bowlers did a good job of bowling out Ireland for 133 in 39 overs to be on top of Group B.

Tremendous show of character and maturity from the U-19 team. With just 11 players available for today's game, to go out and express themselves the way they did was phenomenal. Can't say how proud I am of them! The Ireland match is one they will cherish for life #U19CWC pic.twitter.com/zCmuM8cQWg

India, who have now registered two back to back wins, will next face Uganda. A win in that game would see them secure top spot in Group B of the tournament.