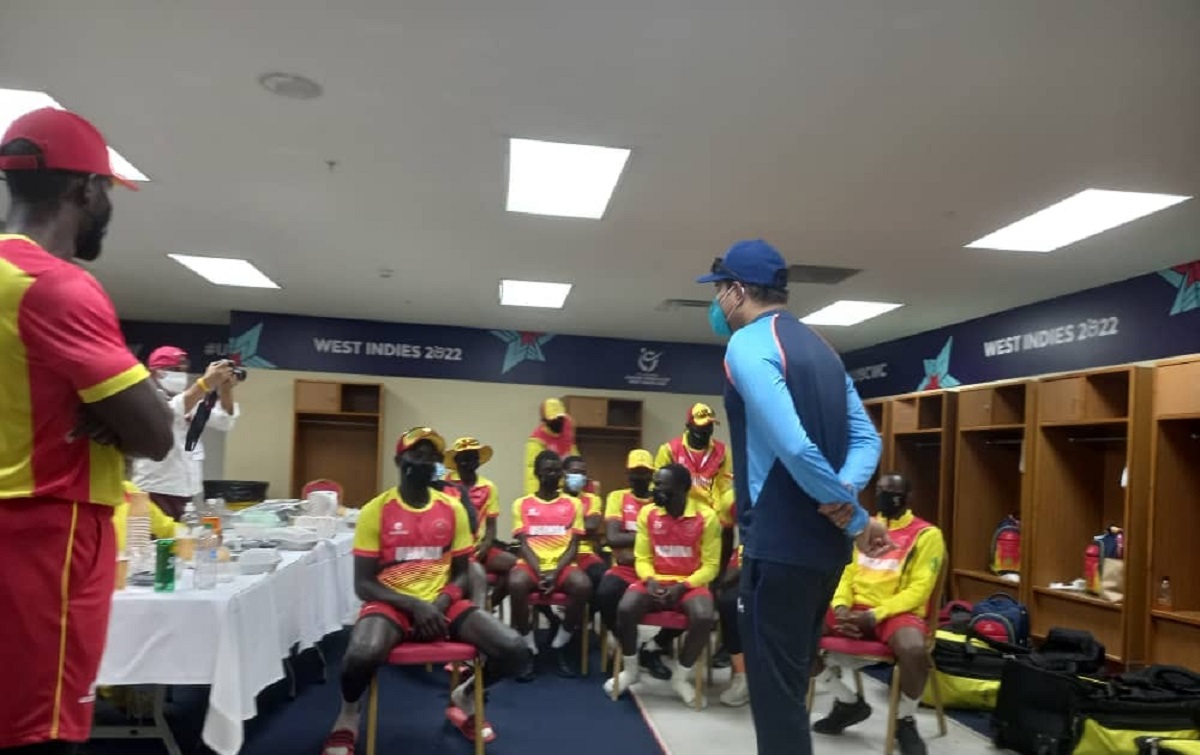 Former India cricketer VVS Laxman, who is part of the Indian team's support staff at the U-19 Cricket World Cup here, gave a pep-talk to the Ugandan side after it lost to India Under-19 by 326 runs in a Group B game here on January 22.

Replying to India's 405/5, built around Raj Bawa's unbeaten 162 and Angkrish Raghuvanshi's 144, Uganda were bowled out for just 79 in 19.4 overs. Uganda lost all three of their group games by big margins and Laxman, the National Cricket Academy (NCA) head who is with the Indian team in the West Indies, told the players that defeats were part of a "learning process".

"All of you (Ugandan players) look very sad. Every time you play a match, you want to win. The important thing for all of you is to accept that this is a learning process and each and every match for you is a way to improve," Laxman, who came to the Ugandan dressing room after their loss, told the demoralised players.

"At the end of the match you should not be thinking about the result. You should be thinking about, did we execute our processes, whether we executed the plans which we had. It's important for you to go back and think as a bowler as a batsman as a team what were the goals we had, what was the game plan we had for each and every batsman and did they execute that," said Laxman in a video posted by the International Cricket Council (ICC) on Monday.

"And as long as you have executed that (process), results should not really matter. But if you feel you have not executed the plan, then there is something which you need to improve on."

Laxman said that the team should be proud that it had come this far.

"You should be proud that you have qualified for the World Cup. You got the opportunity to play against sides that have been playing this tournament for a long time. They are settled teams."

Laxman singled out Uganda's fielding for special praise. "I thought the fielding was excellent. That effort of taking that catch at covers (Pascal Murungi took a stunning catch at extra cover to dispatch Dinesh Bana)… that was a fantastic catch. Outstanding catch, one of the best… those are the kinds of things which should make you happy. That's a positive. What is in your control is your attitude when you are on the field. What is in your control is the intensity. The more matches you play, the better prepared you are (for the next game), the awareness is much better," added Laxman.