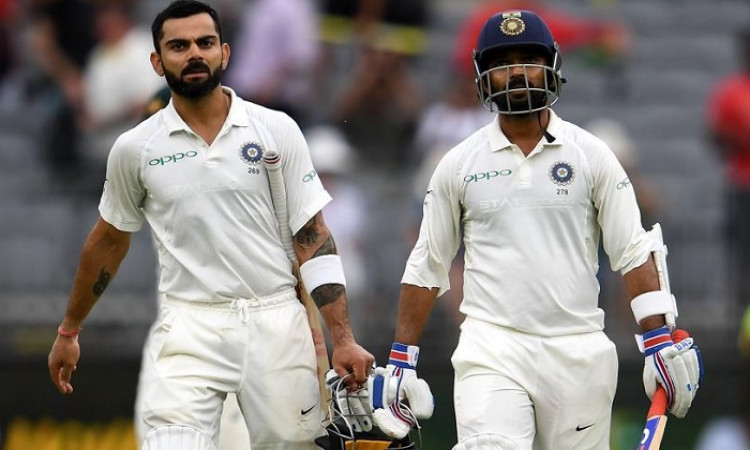 Dubai, Jan 24:  India skipper Virat Kohli maintained his top spot in the ICC Test Rankings for batsmen which were updated on Friday. Cheteshwar Pujara has been able to retain his sixth position whereas Ajinkya Rahane moved up by a place and is currently at the eighth spot.

In the latest rankings update that also includes the Port Elizabeth Test, which England won by an innings and 53 runs to go 2-1 ahead in the four-Test series against South Africa, sees Ben Stokes equal his career-best second ranking among all-rounders after his knock of 120.

Stokes has moved back to the spot he had occupied in August last year while he is presently ranked 10th among batsmen and 29th among bowlers. Off-spinner Dominic Bess's five-wicket haul in the first innings has lifted him 49 places to 62nd, while Curran, Jack Leach and Stuart Broad have gained one slot each in the bowlers' list.

Sri Lanka's Angelo Mathews has advanced eight places to reach 16th position after his unbeaten 200 in Harare helped his side win by 10 wickets in Harare to take a 1-0 lead in the two-Test series against Zimbabwe.

The former Sri Lanka captain's best ranking was third, achieved in August 2014, while he has also been among the top 10 among batsmen in ODIs.

Team India's next assignment in Test cricket is against New Zealand where both the teams will contest in two matches beginning February 21.