Virat Kohli shares picture with his 'partner in crime' 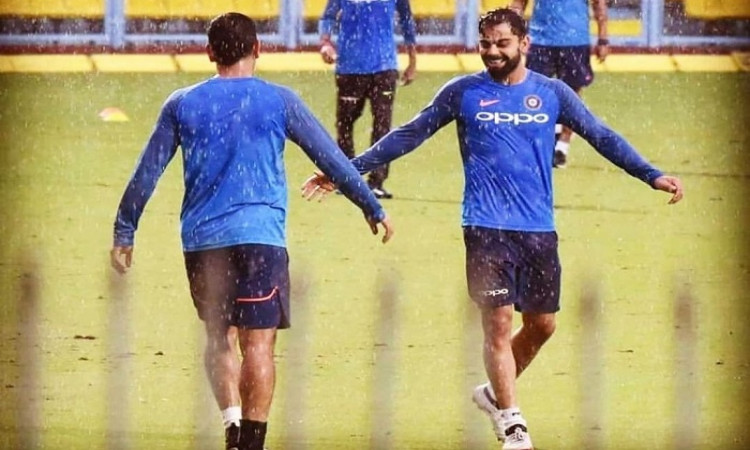 Kolkata, Nov 20: Virat Kohli is on the verge of becoming the most successful Indian Test captain but it seems the run-machine is missing his 'partner in crime'.

Sharing a picture on social media with former skipper M.S. Dhoni, Kohli said: "Partners in crime...Crime: stealing doubles from fielders at the boundary. Guess who".

Soon after the post, fans started pouring in their guess claiming it to be the former captain.

Earlier on Tuesday, India and Bangladesh players stayed indoors after landing here, and India head coach Ravi Shastri had to change his initial plan of dropping by due to a delayed flight. But the buzz at Eden Gardens, which will host the second Test, was unmistakable on Tuesday as preparations were in full swing two days ahead of the first-ever Day-Night Test here.

Skipper Kohli and vice-captain Ajinkya Rahane were the first to reach on Tuesday morning with the team following later in the afternoon. Ishant Sharma, Mohammed Shami, Umesh and Rohit Sharma are slated to join the team on Wednesday morning.

The historic match will kickoff with Army paratroopers expected to parachute into Eden to hand over a pink ball each to the two captains just before the toss.

This will be followed by the ringing of the Eden Bell by Bangladesh Prime Minister Sheikh Hasina and West Bengal Chief Minister Mamata Banerjee.

Partners in crime.. Crime : stealing doubles from fielders at the boundary . Guess who pic.twitter.com/Gk1x6lBIvm