Virat Kohli Pays Tribute To Dhoni Ahead of India-Pakistan Match

Virat Kohli was Dhoni's long-time deputy in all formats before taking over as Test captain in 2014. 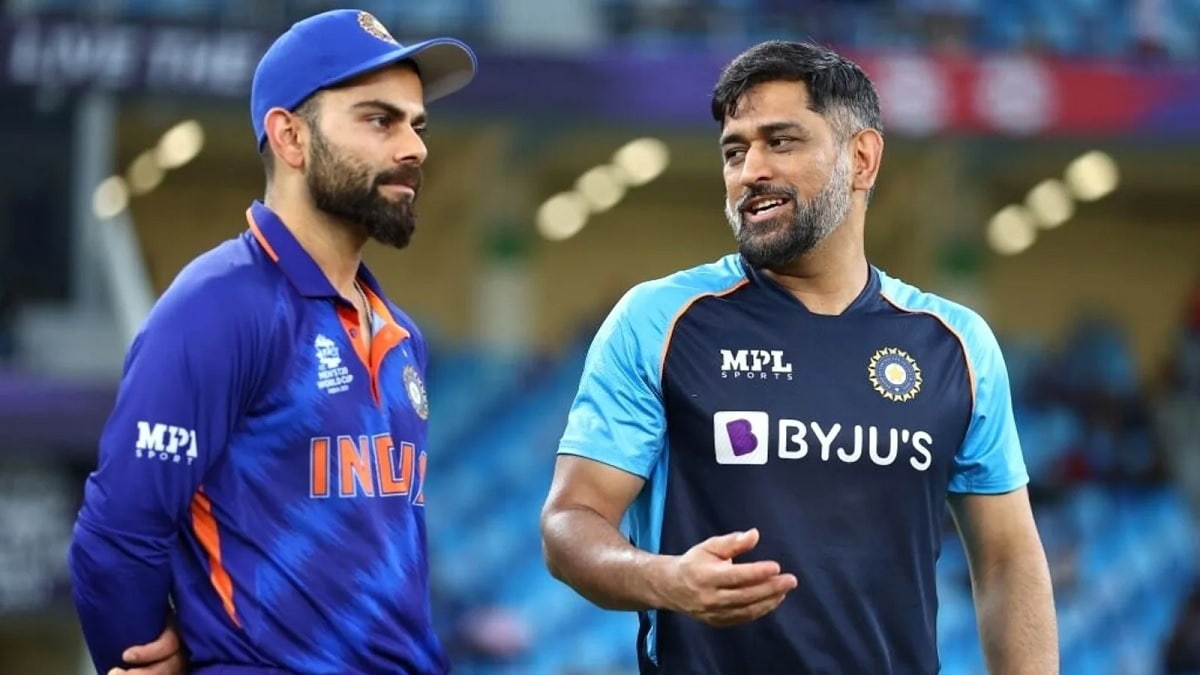 India cricketer Virat Kohli has written a heartfelt message on social media, paying tribute to Mahendra Singh Dhoni and reminiscing the days when he was deputy to the legendary skipper.

Kohli, who is returning to the side for the Asia Cup here after taking a month-long break, tweeted that being MSD's deputy was the "most enjoyable and exciting period" of his career and it will have a "special" place in his heart.

"Being this man's trusted deputy was the most enjoyable and exciting period in my career. Our partnerships would always be special to me forever. 7+18 (heart symbol)," tweeted Kohli late on Thursday night as he prepares for the Asia Cup clash against arch-rival Pakistan on August 28.

Being this man’s trusted deputy was the most enjoyable and exciting period in my career. Our partnerships would always be special to me forever. 7+18 pic.twitter.com/PafGRkMH0Y

The '7' and '18' in the tweet signify the jersey numbers of Dhoni and Kohli respectively.

Kohli, 33, was Dhoni's long-time deputy in all formats before taking over as Test captain in 2014. Kohli then became skipper in all three formats in 2017. Kohli made the special mention to the jersey numbers, as '7' and '18' add up to '25', the day (August 25) he wrote the emotional message.

The image he shared on social media along with the tweet belonged the 2016 T20 World Cup match against Australia in Mohali, where Kohli smashed an unbeaten 82 off 51 balls to take the hosts to a six-wicket victory.

Kohli returns to the Indian team for the Asia Cup in T20I format after a break of more than a month after having last played during the tour of England in July, where he made scores of 16 and 17 in two ODIs as well as 1 and 11 in two T20Is apart from 11 and 20 in rescheduled fifth Test at Edgbaston.

He was then rested for the white-ball tour of West Indies and ODIs against Zimbabwe. Kohli has been in a prolonged lean patch, having not scored a century in international cricket since November 2019.

If Kohli features in India's playing eleven for the Asia Cup opener against Pakistan on August 28, dubbed as the 'greatest rivalry' in cricketing world, it will also mark his 100th T20I appearance.