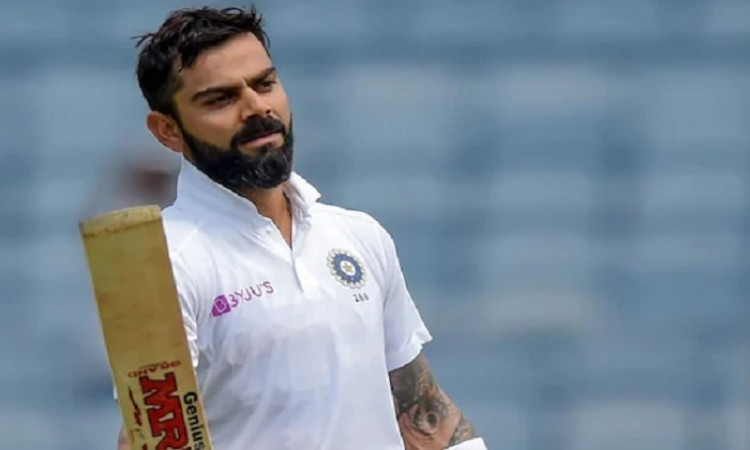 Pune, Oct 11:  Virat Kohli on Friday slammed his career best Test score of 254 as India posted a mammoth 601/5 before declaring on Day 2 of the second Test against South Africa .

Kohli, whose previous best was 243 against Sri Lanka, also became the Indian captain with the highest score in the five-day format.

Kohli's unbeaten marathon vigil, which lasted close to eight hours, was studded with 33 fours and two sixes as he took 336 balls to reach 254 before Ravindra Jadeja missed out on his second Test hundred and got out at 91.

Earlier, Kohli scored a record seventh double hundred of his career as the motley crowd at the Maharashtra Cricket Association Stadium were treated to batting of the highest order.

The 30-year-old, who hadn't scored a century this year before this inning, has now become the Indian batsman with the most number of double tons to his name.

The Indian skipper reached his seventh double century in his 81st Test and in the process surpassed Sachin Tendulkar and Virender Sehwag who both had scored six double hundreds in their stellar careers.

Australia legend Don Bradman tops the list of scoring the most double hundreds (12), followed by Kumar Sangakkara (11), Brian Lara (9) and WR Hammond and Mahela Jayawardane who both scored seven 200s each.

During the course of his inning, Kohli also went past Bradman to become the player with the most 150+ scores as Test captain. While Bradman had achieved the feat eight times in his career, Kohli has now done it nine times so far.