Former England captain Michael Vaughan on Friday called the International Cricket Council (ICC) to fine or suspend Indian captain Virat Kohli after he and his teammates furiously vented their ire against host broadcaster SuperSport on the field over a DRS decision involving South Africa skipper Dean Elgar in the ongoing third Test at Capetown. 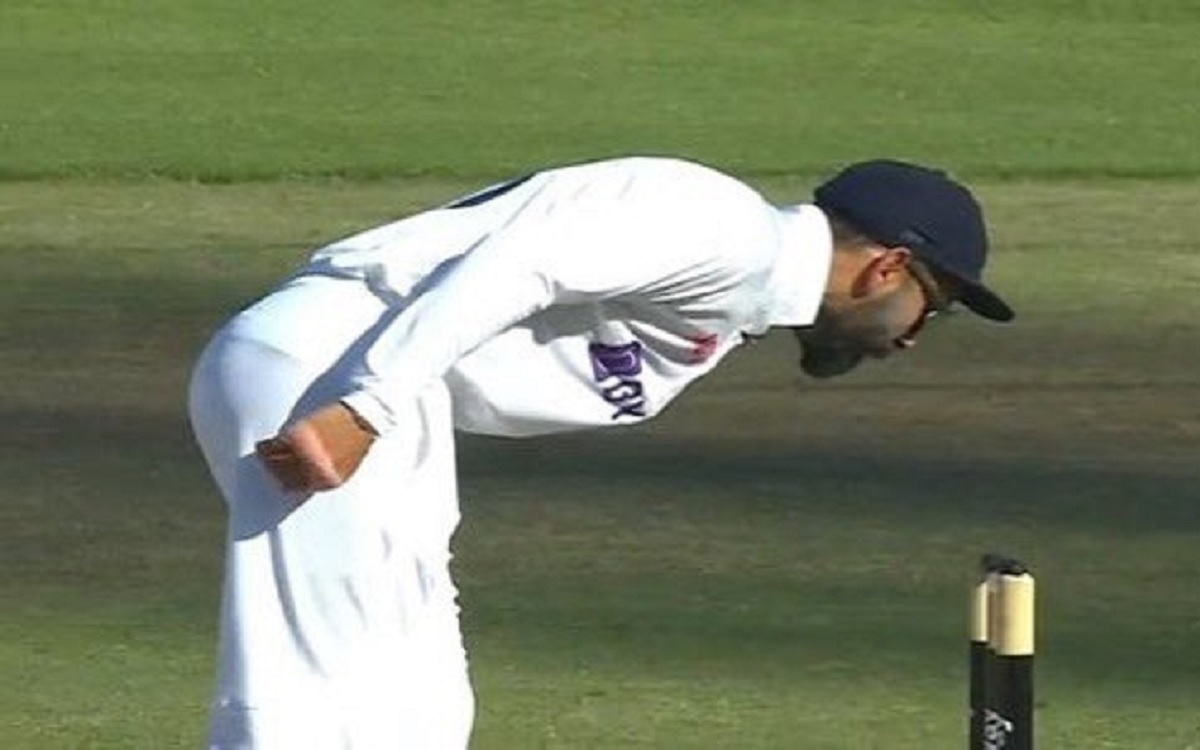 On Day 3 of the third Test in Cape Town, Dean Elgar reviewed a decision off the bowling of Ravichandran Ashwin on the fourth delivery of the 21st over of South Africa's inning, after being given out LBW by on-field umpire Marais Erasmus and the decision was overturned in Proteas skipper's favour.

As far as replay is concerned, it showed the ball pitched in line and hit Elgar in the middle. However, quite mysteriously the trajectory of the ball showed that it was going over the leg-stump. Even the umpire expressed his shock and was heard saying "that is impossible", on the stump mic.

Moments later Ashwin said,"You should find better ways to win Supersport," while an angry Kohli kicked the ground in disgust and then used the stump microphone to good effect and said, "Focus on your team as well when they shine the ball, eh! Not just the opposition. Trying to catch people all the time."

Kohli's comments didn't go down well with many former players including Michael Vaughan, who termed it "disgraceful" and said the ICC should also take note of the incident.

"I think that is disgraceful from the Indians personally. Decisions go with you, they go against you, that didn't go the way they think it should have gone. Virat Kohli is a legend of the game, but that's not the way to act, that is not the way to act in a game of Test match cricket," Michael Vaughan said on Fox Sports coverage of the Ashes.

"It's so important that the ICC steps in because you can't have all that. Whether you're frustrated or not… of course, we've all had moments on the pitch where you're thinking something is going to get you. And it's absolutely right to get frustrated. But, when you act like that as a captain of our game, the ICC has to step in and can't allow something like that to happen," he added.

Asked about the steps that ICC can take Vaughan said, "He needs to be fined or suspended because you can't act like that as an international captain."

Former Australian wicketkeeper-batter Adam Gilchrist also weighed in on the episode, saying that the Indian skipper's frustration was "brewing" until it reached a point of no return.

"That accusation there I am interested in Warnie, this seems a bit premeditated...this has been building or brewing... and it has got to a breaking point. That accusation about filming teams shining the ball I am assuming it goes all the way back to that very ground when the Australians were caught out on camera," said Gilchrist.