In the ongoing match between India & New Zealand, India are at a commanding position on Day 3. New Zealand are at 140/5, requiring another 400 runs to win the match. On a turning track and the Indian bowling, a Kiwi defeat is a sure thing, whether on day 4 or day 5. 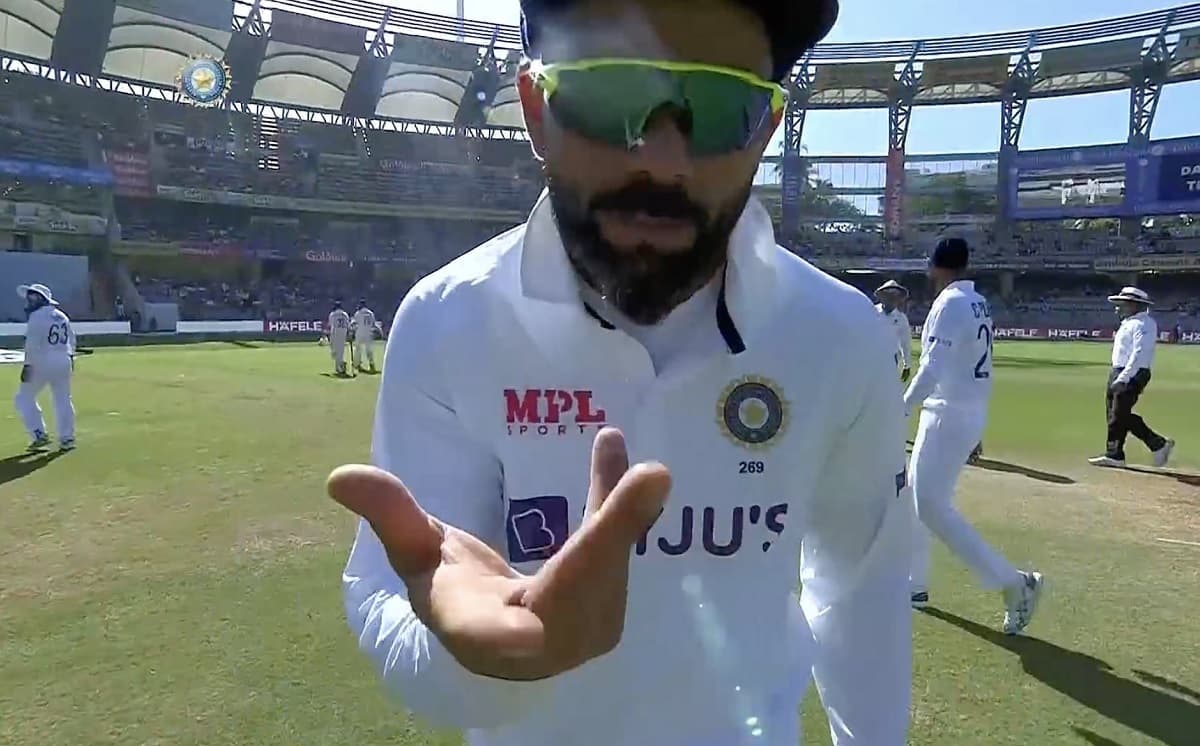 In this series, the umpiring has been pretty average as many decisions by the on-field umpires have been reversed by the DRS. With this, the captains are sure to be frustrated with the umpire's decisions at times. We witnessed such an incident today during New Zealand's second innings batting.

In the 16th over of New Zealand's innings, Axar Patel darted the ball on the full length which skidded into Ross Taylor. He swung the bat with his might but the ball dipped and missed the inside edge as well as the wicketkeeper's gloves, and went for four. The umpire signalled this as runs instead of byes.

To this, animated Indian skipper Virat Kohli was heard expressing his displeasure at this decision. The stump mic caught the captain saying 'Ye kya karte hain yaar ye log yaar... Main udhar aajata hu tum idhar aajao' (I don't know what they're doing, we should interchange our places). Kohli is known for making several remarks now and then and that's one of the reasons behind his mega fan following.

While in the second test of the 2-match series between India & New Zealand, India are positioned to win the match. The first test at Kanpur ended in a draw and hence the winner of this match will win the series.