South Africa vs India: In the ongoing Cape Town test, India has set a target of 212 runs in front of the hosts. As usual, on day 3 the players were seen engaging in verbal battles, and while team India was fielding, there was a moment when Indian captain Virat Kohli and spinner Ravi Ashwin started venting out their anger on the stump mic. 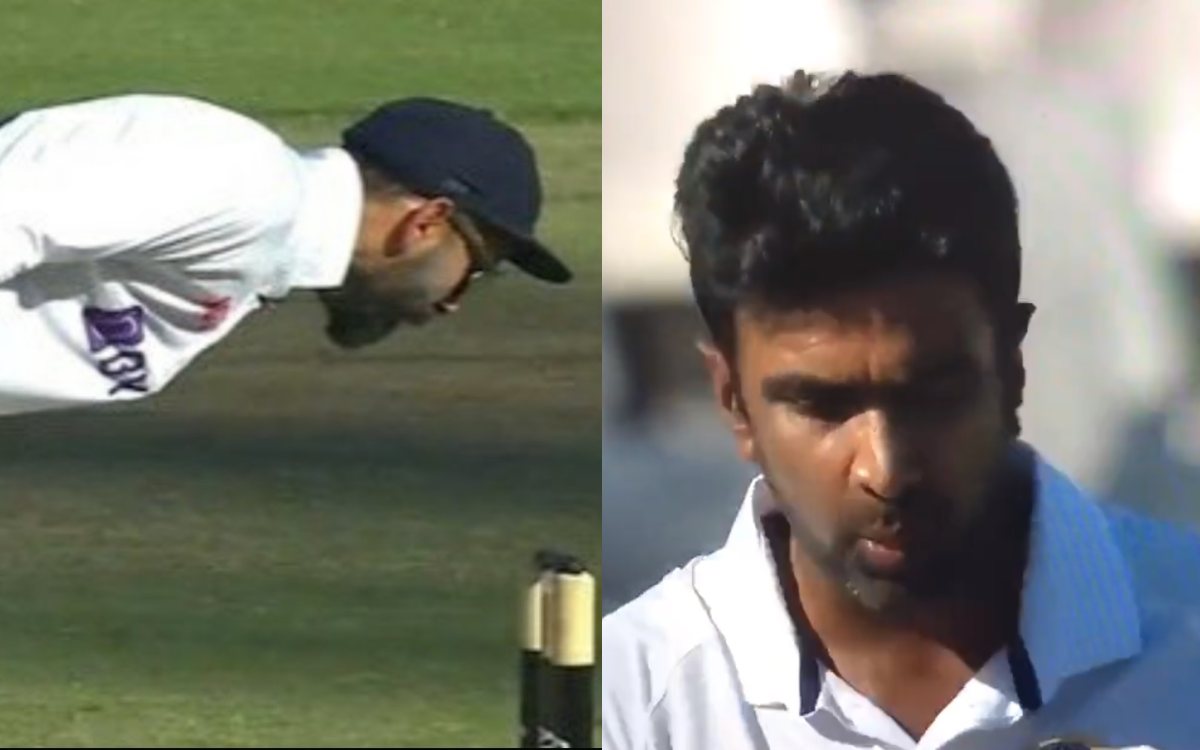 On the last ball of the 23rd over, Ravichandran Ashwin appealed for an LBW against South African captain Dean Elgar. Umpire Marais Erasmus adjudged the batter out, and Elgar went for the review. In the replay, it was shown that the ball was missing wickets, going over the off-stump.


SA vs IND: Rishabh Pant Scores A 100; Becomes The First Indian Wicketkeeper-Batter To Do So In South Africa

As soon as the replay and tracking were displayed, on-field umpire Erasmus uttered 'that is Impossible'. Then, Ashwin came to the stump mic and said 'You should find better ways to win Supersport', accusing the host broadcaster of cheating for their home country.

This didn't stop with Ashwin, after the over was finished, Virat Kohli came up to the stump mic. The Indian captain said, 'Focus on your team as well when they shine the ball, not just the opposition always trying to catch people', accusing the broadcaster the same as Ashwin.

Moreover, the Indian vice-captain was heard saying, 'The whole country playing against XI guys'. This was carried on and is still going on, the players were consistently heard saying 'Well done, DRS'.

On the last delivery of the 27th over, Bumrah appealed for an LBW which the umpire adjudged not out. Bumrah looked towards Kohli for the review but the captain mockingly said 'High hai' and signalled with his hand.

While talking about this match, South Africa are at 101/2 at stumps on day 3, needing another 111 runs to win the match.