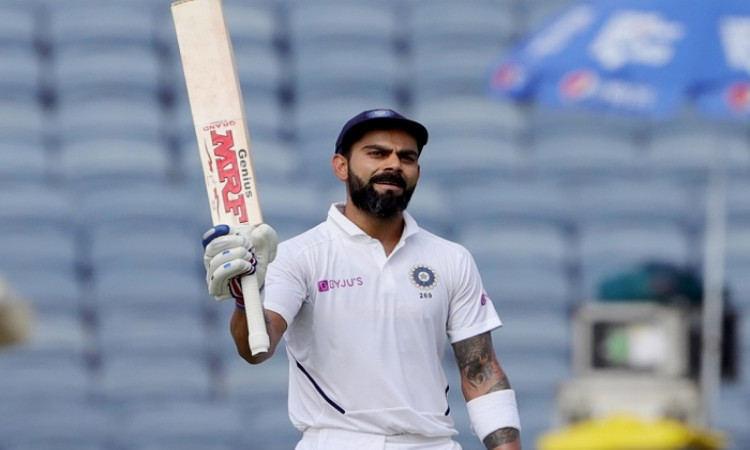 Pune, Oct 11:  Virat Kohli on Friday broke a slew of records enroute his career-best unbeaten 254 as India posted a mammoth 601/5 in the first innings before declaring on Day 2 of the second Test against South Africa.

Kohli's 254* is the highest individual score by an Indian captain, surpassing his own record of 243 against Sri Lanka in Delhi in 2017/18.

By slamming his seventh double century, Kohli surpassed Sachin Tendulkar and Virender Sehwag, both of whom had hit six double hundreds in their stellar careers, to become the Indian with the most number of double tons in Tests.

Of the seven teams Kohli has played against so far -- Australia, England, New Zealand, South Africa, Sri Lanka, the West Indies and Bangladesh -- Australia remains the only team against whom he hasn't scored a double hundred.

Kohli first scored a double century against the West Indies in Antigua in 2016, before repeating the feat against Bangladesh in Hyderabad the following year.

Kohli has since brought up double centuries against New Zealand, Sri Lanka and England before scoring one against the Proteas on Friday.

During the course of his innings, Kohli also went past Australian legend Don Bradman to become the player with the most 150-plus scores as Test captain. While Bradman had achieved the feat eight times in his career, Kohli has now done it nine times.