Vijay Shankar ruled out of WC with toe injury 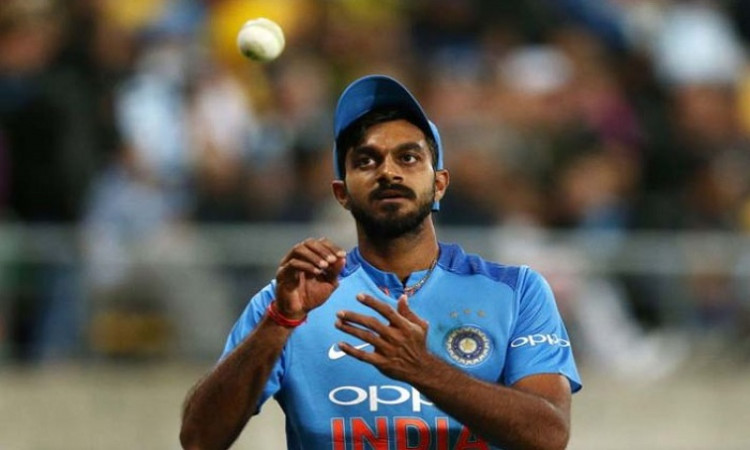 July 1 (CRICKETNMORE) In a blow to the Indian team going into the business end, all-rounder Vijay Shankar has been ruled out of the World Cup with a toe injury. While the blow at the nets off Jasprit Bumrah hadnt looked very serious to start with, it looks to have been aggravated.

Sources in the know of developments said that Shankar has been ruled out and the BCCI may now make a formal request to the ICC to call in a replacement.

India skipper Virat Kohli had informed at the toss during the England game on Sunday that the all-rounder had a toe niggle and the signs weren't too good.

"Vijay Shankar has a toe niggle, Rishabh Pant is in. He brings in a lot of fearlessness. Once he gets to 20, then he's unstoppable," Kohli had said.

In fact, speaking on the eve of the England game, Kohli had praised Shankar and said: "So you can't really sit down and pinpoint things. But I personally felt that he (Shankar) looked really solid. There's not much that needs to be tinkered with. Sometimes in cricket you just need a bit of luck to get over from 30 to 60, and then you play a defining knock for the team. He's very close to that, and we're very confident that he's going to end up playing that kind of knock for us."