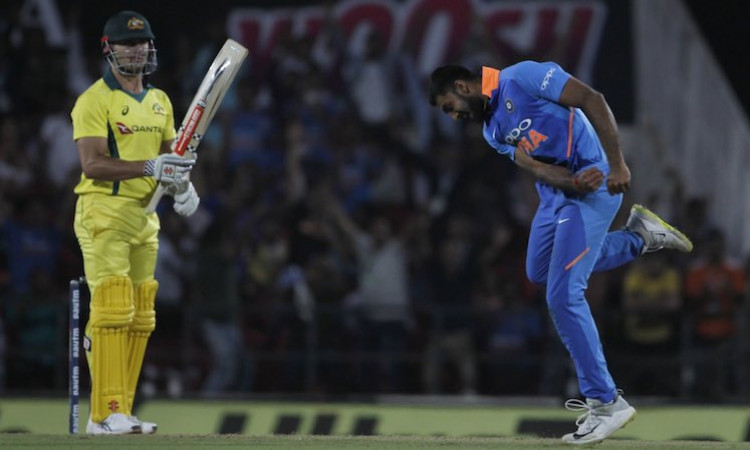 May 25 (CRICKETNMORE) - The race to 500 is a sub-plot set to run throughout the summer but according to Vijay Shankar, it’s India’s bowling attack that holds the key to their success.

England set the highest score in ODI history at Trent Bridge last year as they plundered 481 against Australia and it appears to be only a matter of time before the mythical 500-run barrier is broken.

The world’s best bowlers may have something to say about that and with the likes of No.1-ranked ODI seamer Jasprit Bumrah, swing merchant Bhuvneshwar Kumar, Ravi Jadeja and Mohammed Shami in their ranks, India certainly boast a fearsome pace unit.

And all-rounder Shankar, who chips in with handy seamers of his own, has warned not to discount the men with the ball in their hand.

“Of course I hope we are the team that gets to 500,” smiles Shankar. “But I think this is the best-balanced bowling attack India have had.

“The most important thing is all the fast bowlers are players who can take wickets at any stage of the game.