Tim Southee isn't strong built tall fast bowler that every cricket fan has imagined. He doesn't have a cult following or a superstar image. But, what he does have is his high-quality skills to make the ball move on his tunes. 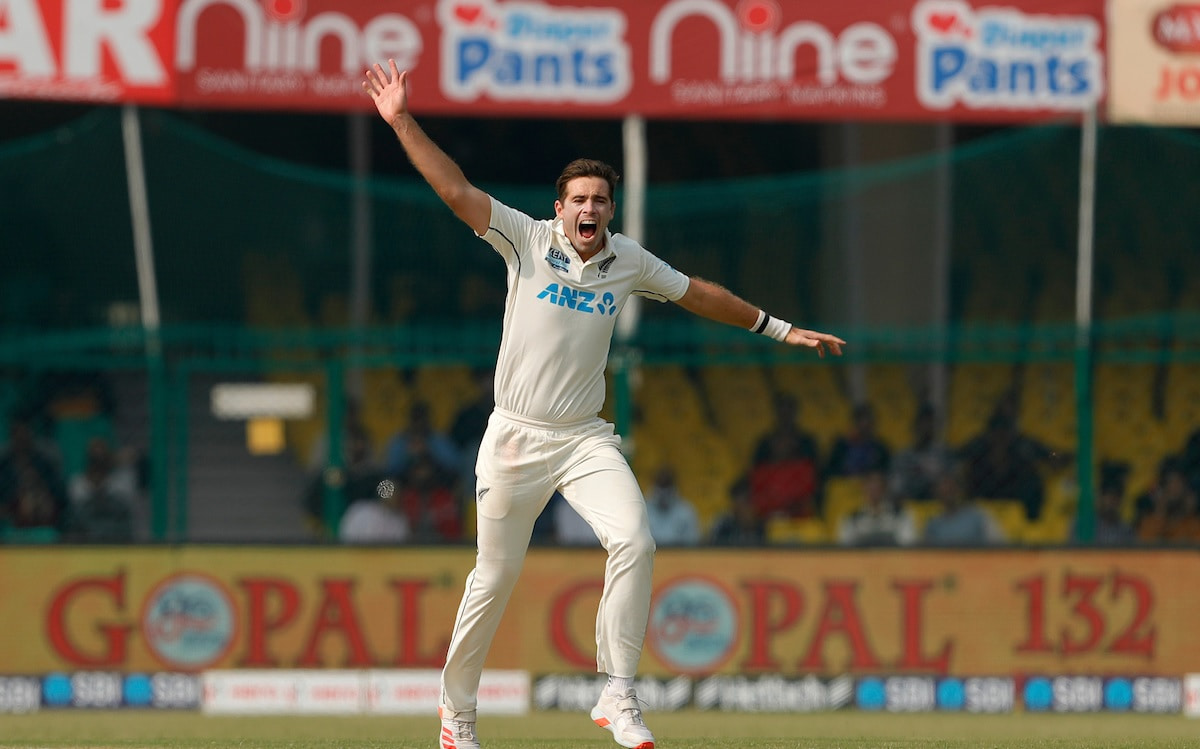 Southee knows how to outswing, inswing, bowl a perfect cutter and has built a 3/4th seam bowl which he bowls with complete accuracy. His skills were on display yet again, this time against India in the 1st test match.

Southee picked his 13th five-wicket haul at a ground where no visiting fast bowler had done taken since 1980 - Green Park Stadium, Kanpur. He now has seven fifers away from home since 2010, second-best after Ishant Sharma's nine, and is just six wickets away from becoming the highest wicket-taker for New Zealand in Tests in India; so far Southee has taken 36 while Daniel Vettori has 42.

The star Kiwi pacer kept bowling in the same area again and again where he kept troubling the batters with his movement - either from the pitch or the air. 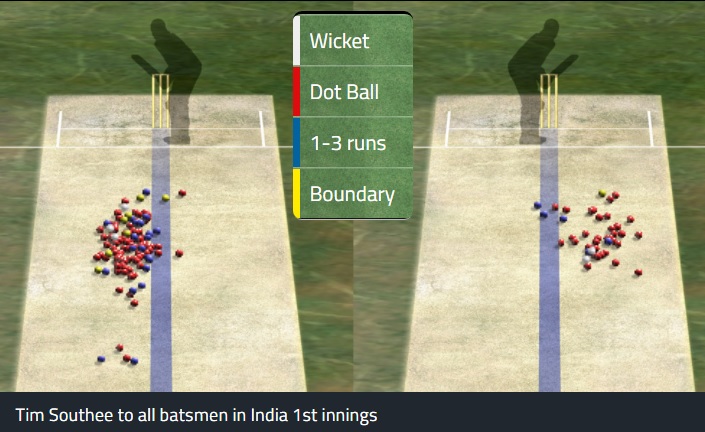 He had removed Cheteshwar Pujara with a classic inswinger on Day 1 and then was out of the field for the entire 2nd session due to fitness issues. But on Day 2, Southee was on the money with his line & length. He bowled 11 consecutive overs with the second new ball to wreck the Indian batting lineup.

He picked the crucial wicket of Test debutant Shreyas Iyer, who had just scored his maiden century and was looking solid at the crease. Even a centurion took the bait Southee was giving and got trapped.

While all the eyes were on Kyle Jamieson, who also took three wickets, and lots of talk about Trent Boult not being in the test squad, Tim Southee has once again led the New Zealand bowling attack to keep India at bay.