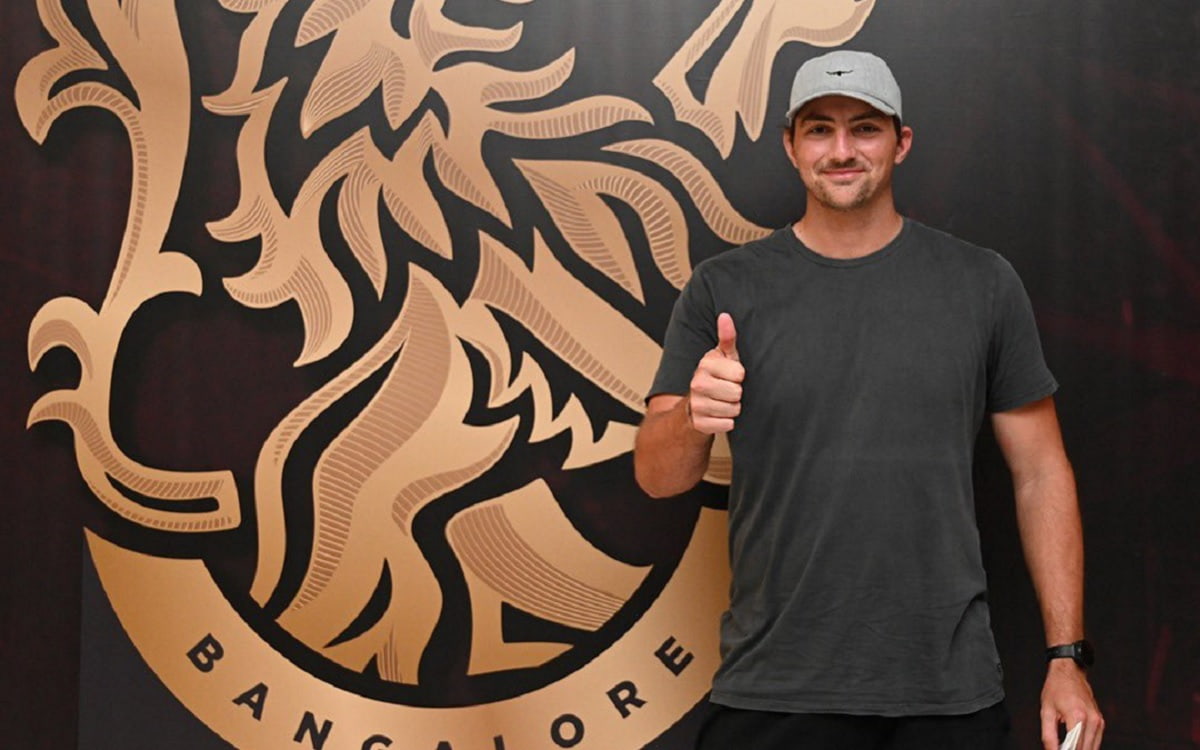 David named WI's Chris Gayle and Australia's Shane Watson as his openers, followed by India's Virat Kohli, who is also his captain at RCB, at number three. Tim included another RCB teammate - South Africa's AB De Villiers - in the XI, coming in at number four.

David has named MS Dhoni as his wicket-keeper, who'll bat at number five. The finishing role will be played by three West Indians - Kieron Pollard, Andre Russell, and Dwayne Bravo. Rashid Khan and Sunil Narine will be his two spinners, while Australia's Mitchell Starc will be leading the charge with the new ball. 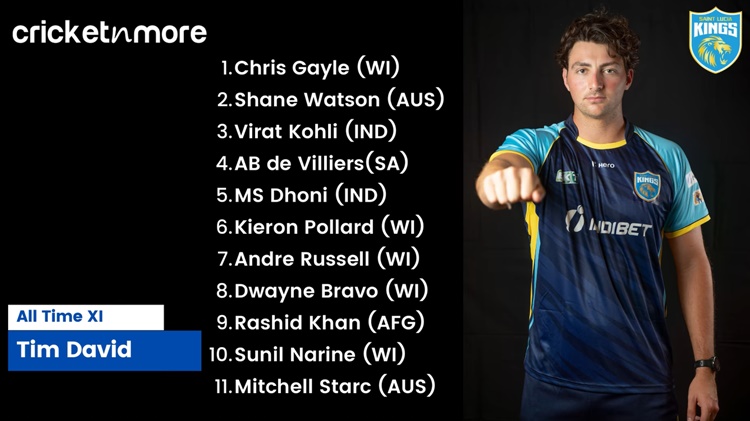 In total, Tim David has included five West Indians, two Indians, two Australians, one South African, and one from Afghanistan in his all-time XI.