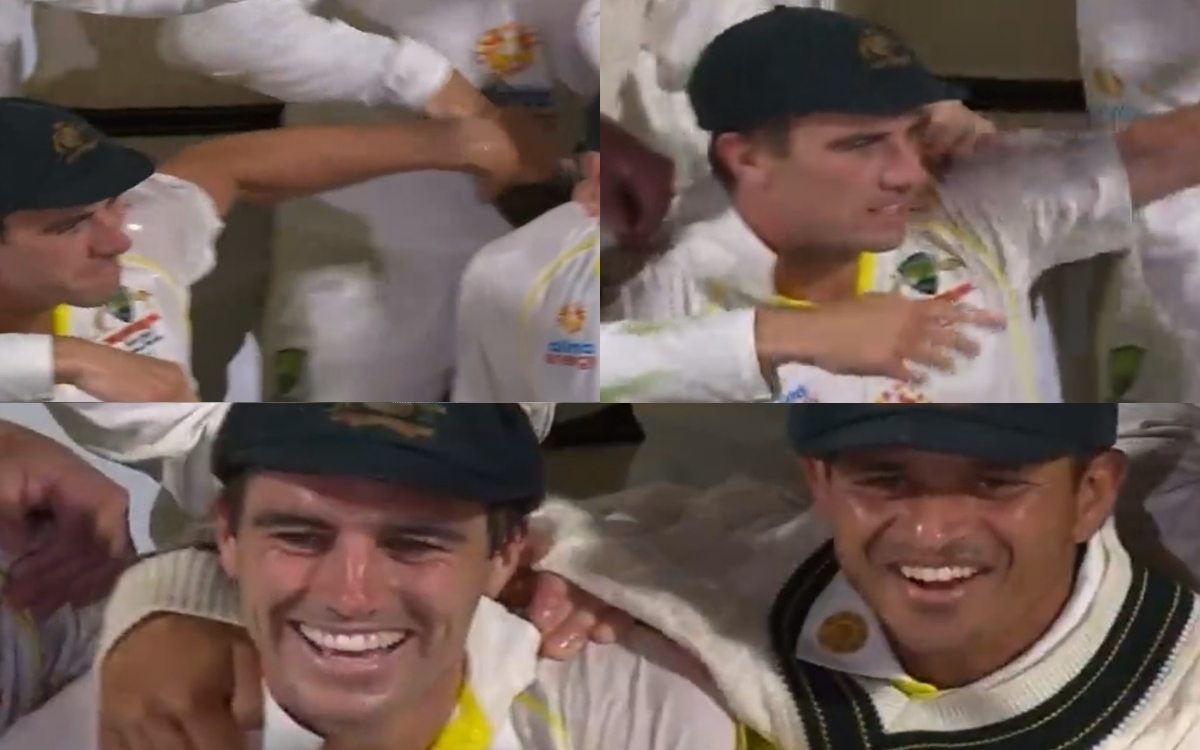 Australia defeated England to win the five-match Ashes series 4-0. But the fairytale win didn't start well for Australia as just a few weeks before the series, Tim Paine resigned as the captain of the test team due to personal reasons.

Pat Cummins was then made the new Australian captain. Cummins had a terrific start to his captaincy as he won the first test but he had to miss the second test due to covid restrictions.

However, Australia won the test and eventually the series 4-0. This series was also the rebirth of Usman Khawaja, who smashed twin hundreds in the 4th test, which was also his first game for Australia in over two years.

When the Australian was on the podium, collecting the trophy. As per the tradition, the champagnes were about to open and sprayed on one another. However, Khawaja didn't go to the podium because of this reason only.

Cummins instantly realized Khawaja's hesitance and asked his teammates to put down the champagne for his premium batter to join in the celebrations. The Australian captain only picked the trophy when Khawaja joined his teammates up the podium.

This might be a small gesture but this is what makes Pat Cummins great. He realised Khawaja had to dip because of the booze and rectifies it. pic.twitter.com/GNVsPGJhfK

It was a small gesture but was a very warm one by the new Australian test captain, Pat Cummins.