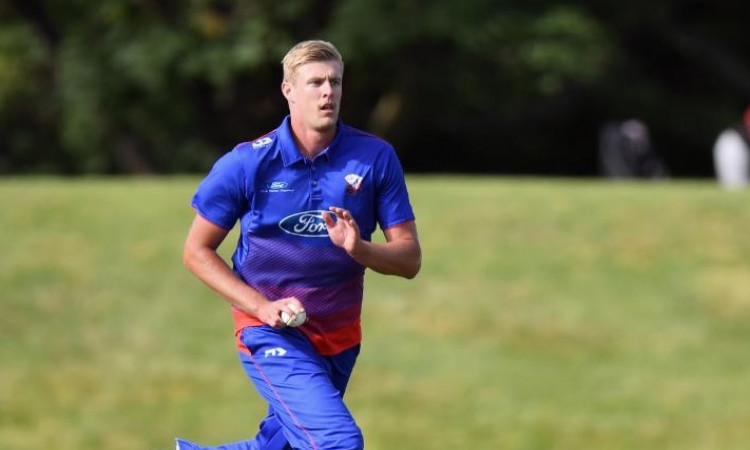 Wellington, Dec 17:  Right-arm pacer Kyle Jamieson has earned his maiden call-up to the New Zealand side as an injury replacement for Lockie Ferguson for the ongoing three-match Australia Test series.

Ferguson is returning home from Australia after sustaining a grade two right calf-muscle tendon strain while bowling in the first Test in Perth which the Black Caps lost by 296 runs. The injury is expected to require four to six weeks of rehabilitation.

Head coach Gary Stead confirmed 24-year-old Jamieson would join the Test squad in Melbourne in preparation for the second Test at the MCG on Boxing Day.

Jamieson boasts 72 wickets in the Plunket Shield at an average of 27.9 and was a member of the New Zealand squad for the 2014 Under-19 World Cup.

"It's an exciting opportunity for Kyle who has impressed in the Plunket Shield domestic four-day competition," Stead said.

"Standing at over two metres tall he obviously gets good bounce and brings something different to our other pace bowlers," he added.

Stead further said the whole team was feeling gutted for Ferguson who made his Test debut in Perth. Lockie managed to bowl only 11 overs in the match before being ruled out.

"We're all absolutely gutted for Lockie," he said.

"He'd worked really hard to earn his Test debut and to have it cruelly halted by injury was truly unlucky.

"He'll return home to begin his recovery with an eye to India's tour of New Zealand starting in late January."

New Zealand will aim to level the series when they take on the hosts in the second Test beginning Boxing Day at the Melbourne Cricket Ground (MCG).