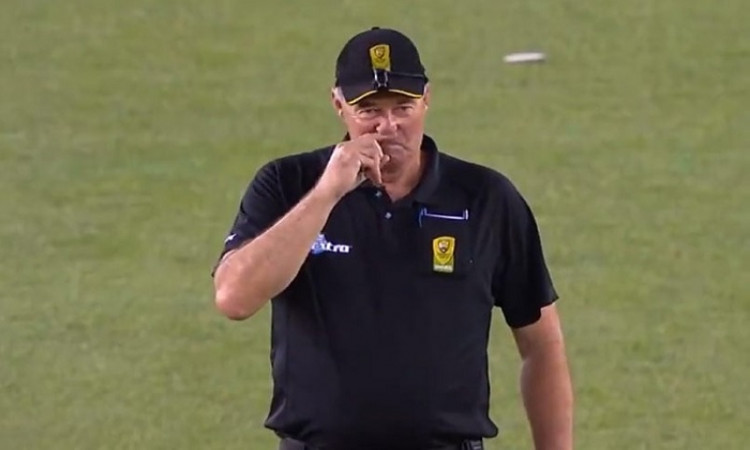 In the 17th over of the Renegades' run chase, ace Afghanistan spinner Rashid Khan's delivery hit Beau Webster on the pads after which he appealed for an LBW following which on-field umpire Greg Davidson started to raise his finger but changed his mind midway and started scratching his nose.

Khan meanwhile, started his celebration however, Davidson soon confirmed that the batsman was alive.

Also, BBL's official Twitter handle posted a video of the incident, captioning: "Greg Davidson with a bit of an itchy schnoz at Marvel Stadium #nosegate #BBL09."

Earlier, the visitors won the toss and opted to bat to put up a competitive total of 155/6 in the allotted 20 overs. Chasing the target, Renegades could only manage 137 losing eight wickets in their quota of 20 overs as Wes Agar, Cameron Valente and Rashid picked up a couple of wickets each while Aaron Finch was the top-scorer for his side with his 39-ball 50, which contained a boundary and a six.

@rashidkhan_19 was celebrating while the umpire was having a scratch. But the @StrikersBBL star believes the right call was made in the end #nosegate @BKTtires | #BBL09 pic.twitter.com/xu4ZmWkjlR