An FIR has been filed with Delhi Police against two individuals for illegally entering Delhi's Arun Jaitley Stadium during an Indian Premier League (IPL) match on May 2 in breach of bio-bubble and for the "purpose of betting". 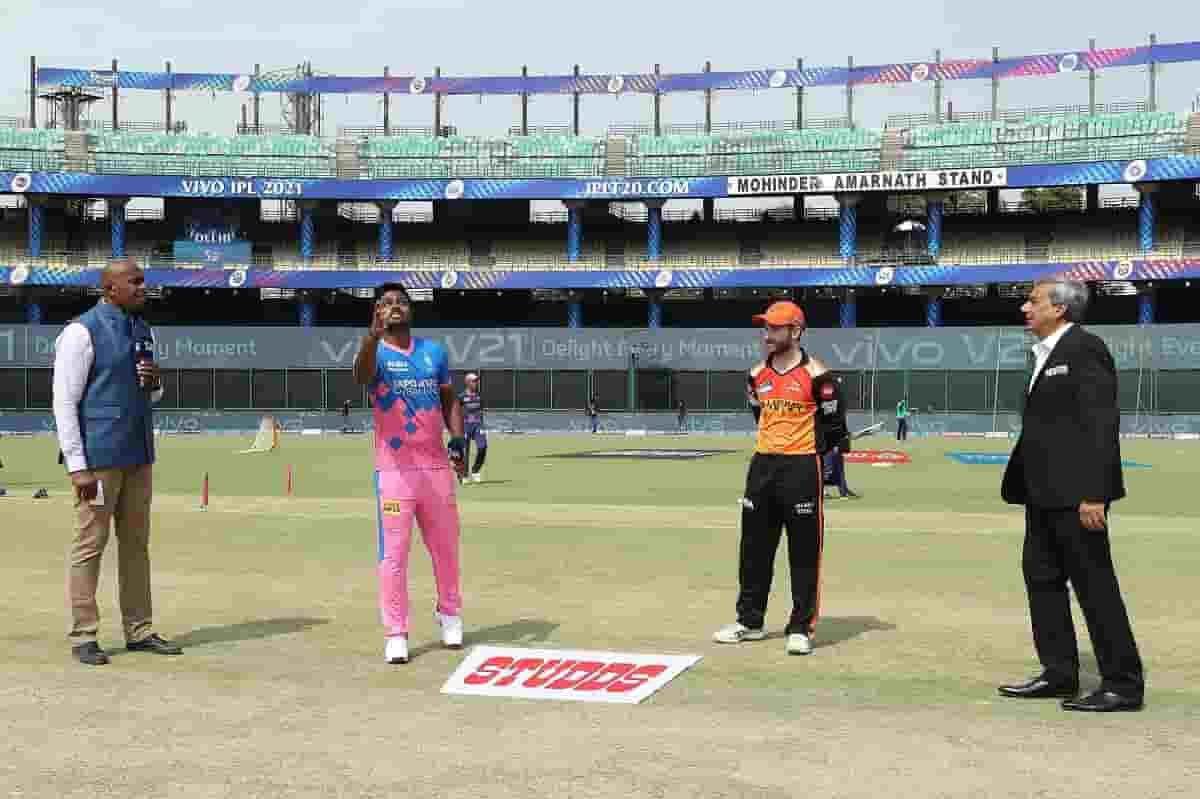 During the match between Rajasthan Royals (RR) and SunRisers Hyderabad (SRH), a Delhi Police sub-inspector spotted Krishan Garg and Manish Kansal, and after not getting satisfactory answers to their questions lodged an FIR against the two individuals.

Two days after the breach in Delhi, the Indian cricket board postponed the IPL, following four of the eight competing teams reporting positive cases in Ahmedabad and Delhi.

"During the SRH vs RR match on May 2, at around 7.30 when SI (sub-inspector) and accompanying staff were going from Gate No. 8 to VIP Lounge, they spotted two young men at the VIP Lounge gallery with their masks hanging on their necks [and not on their faces]. Suspecting something fishy, SI asked them to put their masks on and started questioning them about their presence," the FIR, a copy of which is with IANS, stated.

"None of the young men said could give a reasonable explanation (sic). One of the boys Krishan Garg said that he has a valid accreditation card. The SI asked him to show it and he showed him. There was 'JR. ASSISTANT & COMP. SDMC HEALTH & S. No. 0204' written on it. The SI asked him to show his SDMC card. Instead, the two boys started to run away. They were, however, caught," it said.

The FIR said that the police tried to verify the accreditation card of both the boys but could not.

"Upon detailed questioning, the two admitted that they didn't belong to any department but had acquired the accreditation cards through illegal means for the purpose of betting," said the FIR.