Twitter divided over Dhoni's run out in IPL final 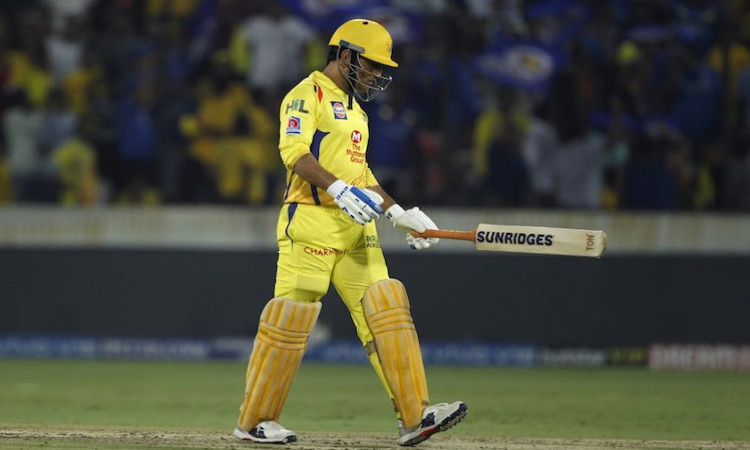 New Delhi, May 15 - Mumbai Indians (MI) defeated Chennai Super Kings (CSK) by just one run in a thrilling final of the just concluded edition of the Indian Premier League (IPL).

Sunday's cliffhanger at the Rajiv Gandhi International Stadium in Hyderabad was not short of controversial moments, the biggest being the run-out of M.S. Dhoni in the 13th over when CSK was trailing by 68 runs.

With CSK chasing 150 which was a below par total considering the pitch, Mumbai bowlers turned the game around by picking up the wickets of Faf du Plessis (26), Suresh Raina (8) and Ambati Rayudu (1) in quick succession. Dhoni walked in to bat with the score on 73/3 and the match hanging in balance.

Though fingers crossed, the CSK fans were confident the match will turn in their favour, given their 'Thala' was on the pitch.

However, they were left disappointed as Dhoni was run out on a Hardik Pandya delivery for 2 of 8 balls.

While one of the commentators called for Dhoni to be given out based on one angle, other commentators were not so sure and thought the benefit of the doubt and the inconclusive nature of the replays would see the third umpire rule in the batsman's favour.

Even Sachin Tendulkar, Mumbai Indians mentor, believed that Dhoni's run-out was the key moment in the game. Mumbai Indians went on to win the game becoming the first team to lift the IPL trophy for the fourth time.

Fans though have continued to be divided over the on-field umpire's decision on Dhoni. While some were not satisfied, others clearly rapped the officials for bad umpiring. Video shared on social media showed fans crying after the dismissal.

Many Twitter users are amused and continue to question the decision as they say that Dhoni and run-out are two words that should never come together.They said it was not about supporting CSK or MI but what should be a true gentlemen's game.

"Again bad decision for run out in @IPL third umpire waits for money to be credited in his account before giving @msdhoni out. This is not @IPL . This is league between money (@mipaltan) and best. And in the end money wins over best. Always a @msdhoni @ChennaiIPL fan," one Twitter user said.