Trying to get better at my bowling: Hanuma Vihari 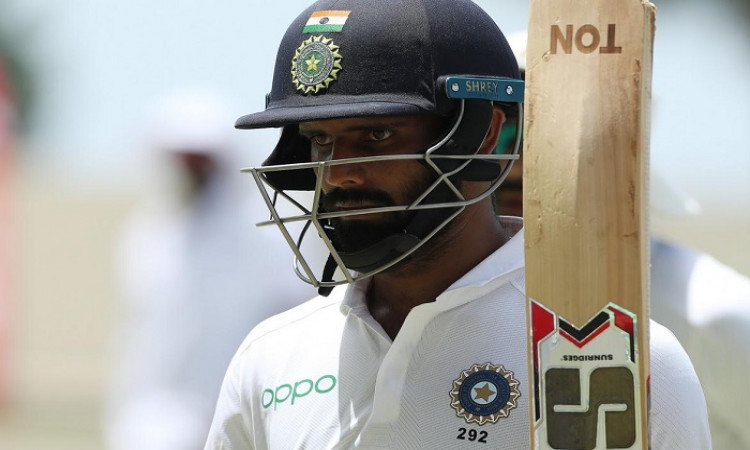 North Sound (Antigua), Aug 26: India all-rounder Hanuma Vihari played a crucial knock of 93 runs in the second innings of the first Test against West Indies, says he is focussing on his bowling skills as he has been included mainly to perform the role of the fifth bowler when needed.

After India registered a record 318-run win over West Indies here on Sunday, talking to mediapersons Vihari said: "It is important that my off-spin keeps developing, not only for myself but for the team as I fit into the team just because of that combination. I'm trying to keep improving and get better at it. So, hopefully, I will get more overs and help the team in future."

Vihari along with Ajinkya Rahane, who played a brilliant knock of 102 runs, were involved in a 135 run partnership in India's second innings to help India post a challenging target of 419 runs to the Windies. Vihari also credited Rahane for helping him with useful tips when they were at the middle.

"I came here early with India A team so I had that experience of these conditions and that came in handy for me. I knew how the wicket would play and I was fortunate enough to get those runs for the team," Vihari added.

Right-arm pacer Jasprit Bumrah also starred in India's massive win as he clinched five wickets in the second inning of the Windies, conceding just seven runs. Vihari though revealed that the pacer was struggling and was not happy with his show in the first innings after managing just a wicket for 55 runs.

"Bumrah was not happy with his performance in the first inning himself and he thought he did not bowl up to his standards. He was quite fired up in the second innings. He is a champion bowler. We did not play Test in the last six months so he was struggling in the first innings to get his rhythm back," Vihari concluded.