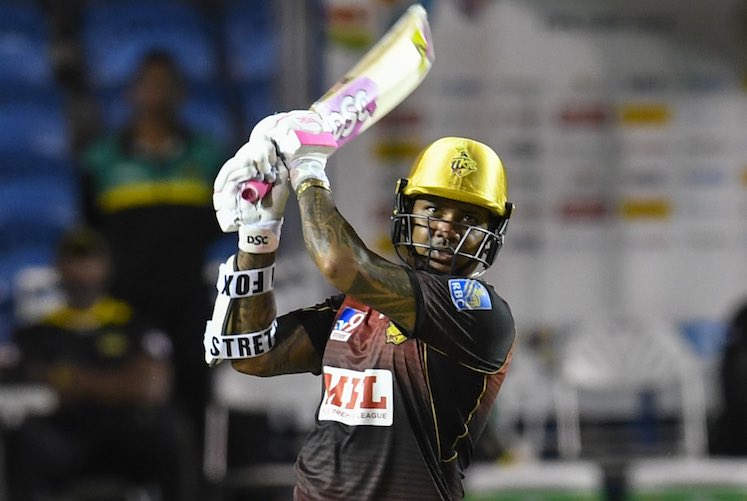 
Delhi Capitals Squad, Staff Assemble In Mumbai Ahead Of Departure To UAE

Ali Khan and Jayden Seales started superbly after Knight Riders captain Kieron Pollard put the Tallawahs in. Walton spliced Ali Khan to square leg and Kirton was trapped in front by Seales - remarkably, this was the first LBW of Hero CPL 2020.

Glenn Phillips and Tallawahs captain Rovman Powell both hit their first ball for Hero Maximums, but a flamboyant DJ Bravo catch gave Ali Khan the wicket of Powell. Asif Ali coming to the crease in the third over cannot have been part of the Tallawahs’ Plan A.

A mini-recovery ensued as Phillips took Seales for a pair of boundaries, and Asif welcomed Khary Pierre to Hero CPL 2020 with an enormous straight six. Narine bamboozled Asif five balls straight but found himself hammered into the stands for a magnificent Powerplay-closing Hero Maximum.

Narine had his revenge, bowling Asif with a deceptive quicker ball. The Tallawahs crawled to 63/4 at halfway, and it got worse when a Fawad googly completely deceived Brathwaite. The leg-spinner’s first two overs tonight contained a remarkable 11 dot balls.

Phillips broke the spell off Fawad to come out of his post-Powerplay slump and reach 50 off 34 balls. The Tallawahs were careful to see off Narine, but at 90/5 with six overs to come, the acceleration had to come at some point, and once Phillips fell trying to whip Seales over deep square leg the onus was all on Russell.

Ali Khan delivered a near-perfect over, closing by nearly holding a spectacular return catch off a ferocious drive from Ramaal Lewis, who came into the Tallawahs XI for Veerasammy Permaul. In truth the American was lucky to escape with his teeth intact.

Thanks to a fine diving catch at mid-off from Colin Munro, a restless Russell fell having faced a good number of deliveries for under a run a ball for the second game running. Remarkably, he hasn’t yet hit a six in this year’s Hero CPL.

The final over saw Fidel Edwards, into the team for Oshane Thomas for his first CPL game since 2015, run out as he sacrificed himself to save Lewis, but the all-rounder couldn’t manage a boundary. Ali Khan and Dwayne Bravo’s death bowling was outstanding, and the Tallawahs total felt sub-par.

Edwards and Mujeeb-ur-Rahman troubled the top order, with Lendl Simmons losing his shape off the paceman and gifting a catch to mid-off. After 4 overs the Tallawahs had Trinbago nerves jangling, but Narine’s eyes lit up when inexperienced off-spinner Lewis came into the attack. 14 runs came off the over, Munro and Narine both drove Russell for four through cover, and 38/1 off the Powerplay meant things were much calmer in the Knight Riders dugout.

Narine has built his reputation as a hitter of spin, but he was severe on the pace of Russell, with the highlight an impudent inside-out four on one leg. He brought up a 35-ball 50 off the last ball of the 10th over, at which point the Knight Riders needed just 71 off 60 with nine wickets in hand. 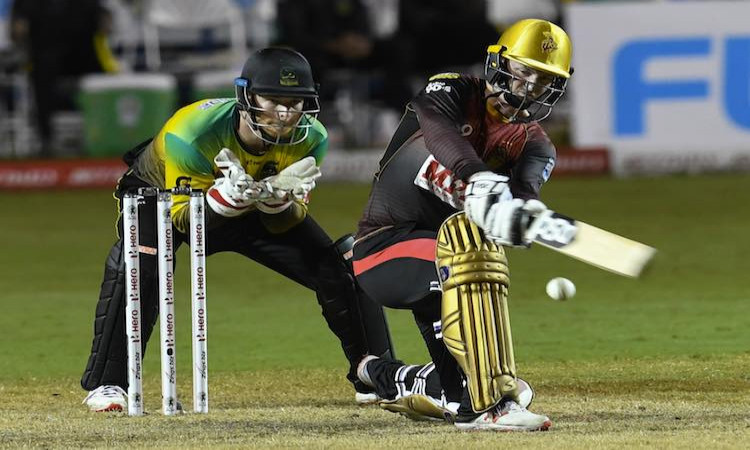 Munro’s was a curious innings - he managed just 16 off his first 24 balls, but 14 of them were boundaries, and it wasn’t until the 17th over that he breached a run a ball. This all-or-nothing approach was a feature of the chase, and the Knight Riders will want to address their high dot-ball percentage as they move through the tournament.

Mujeeb was excellent, and deserves huge credit for holding a skied return catch off Darren Bravo despite keeper Phillips nearly taking him out with a full-length dive. But Narine’s belligerence and Munro’s anchor role meant that, although the Tallawahs will rue a few missed opportunities, the Knight Riders always had the chase firmly under control.

This sense of ease was underlined when Pollard had time to block out an Edwards over in an ultimately vain attempt to steer Munro to 50, and the Knight Riders go into the weekend sitting pretty atop the standings.