Babar Azam and Rizwan slammed the fifties before Mohammad Nawaz produced a 20-ball blitz to give Pakistan a seven-wicket victory over Bangladesh. 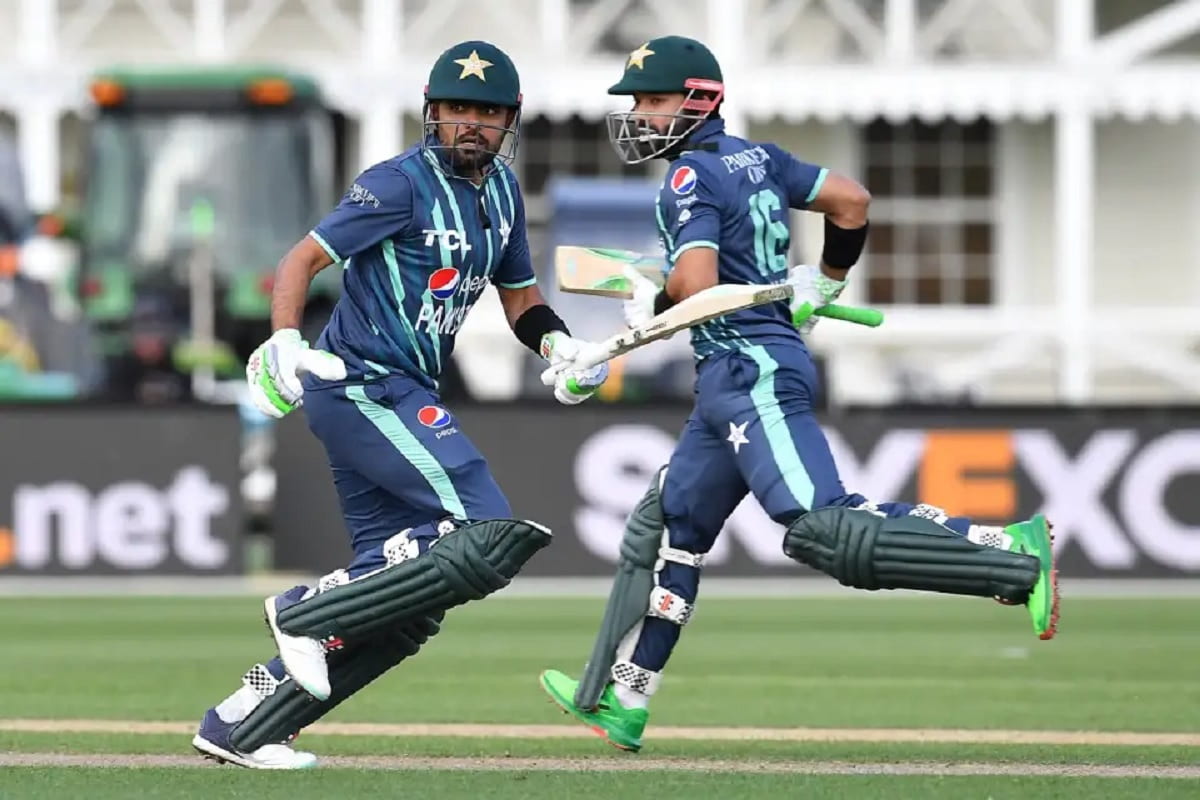 Captain Babar Azam and wicketkeeper Mohammad Rizwan slammed fifties before Mohammad Nawaz produced a 20-ball blitz to give Pakistan a seven-wicket victory over Bangladesh at the Hagley Oval on Thursday to set up a tri-series final showdown with hosts New Zealand on Friday.

After captain Shakib Al Hasan and Litton Das took Bangladesh to a competitive 173/6, Azam (55) and Rizwan (69) produced their eighth century partnership in the format. It was followed by Nawaz hitting five fours and a six in his unbeaten 45 off 20 balls for Pakistan to chase down the target with a ball to spare.

But after Das fell in the 15th over, Pakistan fought back by conceding only 44 runs in the last five overs, including pacer Mohammad Wasim Jr bowling a splendid last over to pick up two wickets and conceded just three runs.

For Pakistan, Wasim finished with 2/33 while Naseem Shah was the pick of the bowlers with 2/27 and Nawaz, the left-arm spinner, picked up one wicket for 27 runs.

In the chase, Rizwan and Babar added 101 runs for the first wicket in 76 balls. While Rizwan struck four fours to reach his 22nd half-century in T20Is, Azam hit nine fours to get his 29th half-century in the shortest format of the game.

After Azam and Haider Ali fell in quick succession, Rizwan and Nawaz put on 64 runs for the third wicket from 36 balls. Nawaz, promoted in the batting order, slammed a breezy cameo, including the winning four, for Pakistan to emerge victorious and consign Bangladesh to being winless in the tri-series.