Auckland July 20:  New Zealand pace spearhead Trent Boult has not trained on day two of New Zealand's camp in Mount Maunganui. As per a ESPNcricinfo report, Boult was feeling unwell and stayed a 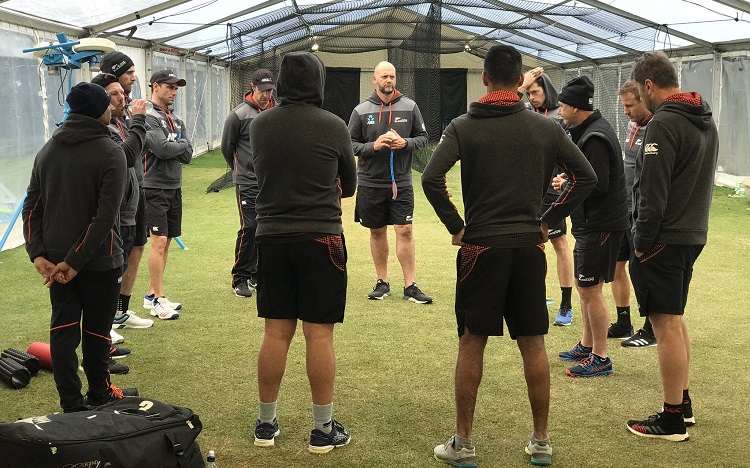 Auckland July 20:  New Zealand pace spearhead Trent Boult has not trained on day two of New Zealand's camp in Mount Maunganui. As per a ESPNcricinfo report, Boult was feeling unwell and stayed away as precaution.

Ross Taylor said he was hopeful the pacer would be fit to go on the third day of the camp, which is going on from July 19 to 24 at Bay Oval with cricketers from the national men's and women's teams based in the North Island.


On this day: Harmanpreet's 171 powers India into 2017 World Cup final

"I think he's just tired from his eight overs bowling at us yesterday," Taylor joked, adding, "Obviously, with what's going around, you've got to be a bit smart around things like that. Hopefully he's fine and raring to go tomorrow."

New Zealand's bowling coach Shane Jurgensen, who is part of the support staff present at the camp, said the men's camp had been split in two to limit the number of players present.

"Geographically, with the way things are set out, we've got more (players training) on the North Island. We split this camp into two for that reason," he said.

"For now it's a temporary (tented) structure, we've got two nets. The bigger structure will come in next year.

"We want to make sure we maximise our time with the guys, give them every opportunity over three days, and then we have the second group coming in later in the week."

Jurgensen, who was part of the camp in Lincoln for players from the South Island last week as well, added: "We're trying to adjust to potential new rules, in my department, with the bowling.

"We've got to look after the ball in a different way now, we've got to come up with some new deliveries. So this week's been a good starting point."

Some rain around at the Mount but training is underway in the Bay Oval Outdoor Marquee
Trent Boult is not feeling well so won’t train as a precaution. Hopeful he will return tomorrow #WinterTraining #CricketNation pic.twitter.com/NyVhBJ3RSG