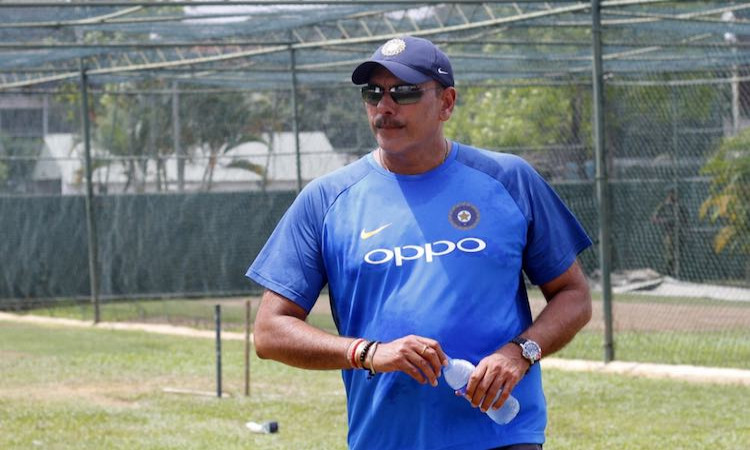 Manchester, July 11 - Till the time results are going in your favour, you can even get away with murder. But the time has finally arrived when India coach Ravi Shastri and the coaching staff will have some answering to do. Always ready with a counter, Shastri has time and again shut the critics -- even honest ones at times -- with his words.

But it will be interesting to see how the India coach explains Wednesday's semifinal defeat against New Zealand and the failure to find a middle-order that would have been good enough to stand up and get counted on a day when skipper Virat Kohli and his deputy Rohit Sharma failed in unison at the Old Trafford.

Coming into the World Cup, the Indian team management had kept the media at an arm's length and was even reluctant to send players for the mixed zone sessions during the warm-up matches, which is a rule at ICC events.

In fact, ahead of their first World Cup game against South Africa, the Indian team had decided to send in the net bowlers who were training with the team in the run up to the showpiece event. The reason given was that the likes of Deepak Chahar and Avesh Khan were to go back and this would be the perfect stage to ask them on their experience of bowling to the Indian batsmen.

The media for once stood ground and decided to boycott the session. On paper there is no proof as to who was behind the idea of taking the Indian media contingent for a ride, but the efforts of the Indian cricket team to treat media personnel with disdain is no secret.

Any question asked has been met with a twisted answer. But the question on everyone's mind now is whether the team management was waiting for calamity to strike rather than being prepared for the challenges that were visible to everyone.

Apart from the trio of Virat Kohli, Rohit Sharma and K.L. Rahul, none of the other batsmen looked good enough even as the team management kept avoiding the obvious. To think that the middle-order consisted of two batsmen who weren't even first-choice players when the original team was announced shows that there are questions staring at the likes of Shastri and Co.

While Rishabh Pant was flown in only after Shikhar Dhawan was ruled out with a thumb injury, Dinesh Karthik was said to be a cover for M.S. Dhoni. Chief selector M.S.K. Prasad had said that Karthik was in fact picked over Pant as the second wicketkeeper because he would be needed only if Dhoni got injured. But both were part of the playing XI against New Zealand. Both floundered on the big stage and interestingly, one of the better middle-order batsmen in the set-up -- Ambati Rayudu -- announced retirement from the cricket after being overlooked for the showpiece event.

Clearly, living in the present has hurt the team when it mattered the most. The same coach who claimed that this Indian team was one of the best touring teams after the success in Australia must now stand up and answer as to how they failed to live up to the favourites' tag against a New Zealand side which troubled them not once, but twice in the tournament.

For the record, India were handed a defeat in the warm-up game by the same Kiwi outfit in London. Clearly, lessons are there to be learnt.

Also Read: I made errors when I was young, Pant will learn: Kohli