Tough question on how to fix our batting: Jason Holder 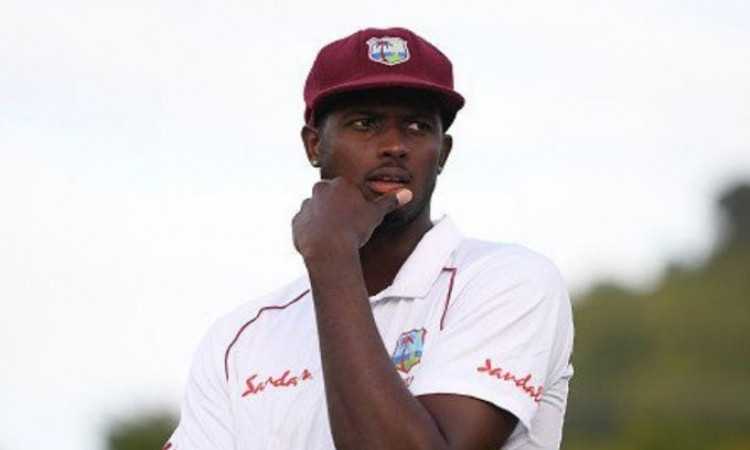 Kingston (Jamaica), Sep 3: With the Jason Holder-led team earning an unwanted distinction of recording their poorest ever average in Test cricket, while conceding a 0-2 series defeat to India, skipper Holder was forced to admit that there exists a lot of problems in the Windies batting department.

Only one West Indies batsman managed to score a fifty across the two-match series, with Holder's batting unit recording their poorest-ever average (14.95) in any Test series.

"Obviously disappointed, we didn't play a complete game of cricket in both the games. We need to put up the scores and fight out those tough periods. It's a tough question on how to fix the batting. It's an individual thing.

"We need to take ownership of our performances," said Holder speaking at the post-match presentation after Windies lost the second Test by 257 runs at the Sabina Park on Monday.

The hosts collected only 327 runs over two innings in Kingston, and produced an even more meagre grand total of 322 runs in the opening encounter.

With a string of disappointments to put behind, the Windies captain admitted that it won't be easy to find solutions to the problems plaguing the team. "I don't think it's a quick fix thing," he said while speaking at the post-match presser.

"The situation we are in the Caribbean...we are not really spoiled for choices in terms of batsmen coming through.

"We've got to put things in place and to make sure we keep developing players and make sure players are doing the right things to be successful," he stressed.

The all-rounder pointed out that a lot of emphasis needs to be put on: the cricket West Indies play; on the franchise; and at the first class cricket level -- as it was the platform where young players will be nurtured.

"We need players with experience and scenario-based experience. And when they come to the Test cricket level, it becomes a little bit easier," said Holder.

West Indies' winless record against India, in Tests, now stretches back to 17 years.

West Indies has one more Test this year against Afghanistan starting November 27 in Dehradun.

Holder believes that immediate addressing of the problems should also be done. "There's a lot to be done. We have the opportunity to put things in place -- one or two more camps, primarily for our batters, and fast bowlers too, and holistically, developing our cricketers."

"We have the franchise system here in the Caribbean but we need some structural things put in place in terms for players to develop," he added.