New Zealand may have lost the second and final Test at Wankhede by a huge margin but the visitors will take a lot of positives from the match -- especially the performance of left-arm spinner Ajaz Patel, who became the third bowler to take 10 wickets in an innings, and the fight shown by batters Rachin Ravindra, Daryl Mitchell and Henry Nicholls in the second innings. 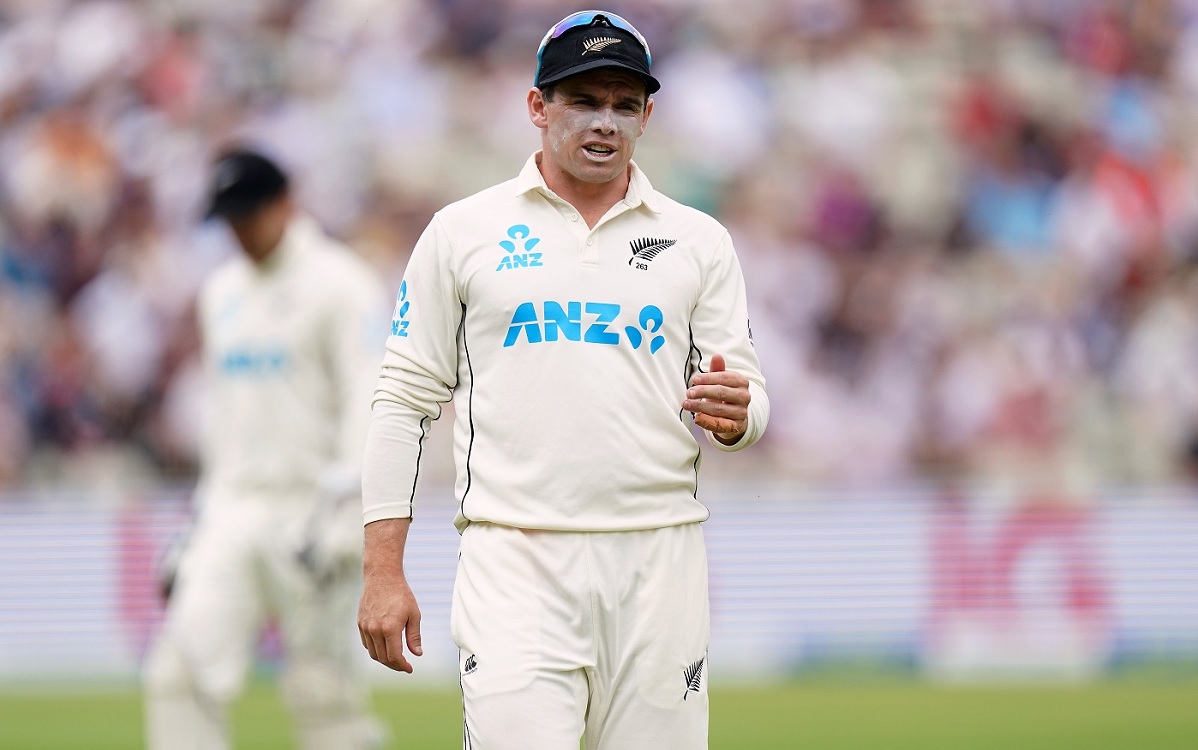 New Zealand stand-in skipper Tom Latham on Monday said he was happy with the character shown by his players in putting up a fight after being bowled for 62.

"From our point of view, something that we always talk about is the character and the effect that we put in. Obviously when you get bowled out for 62 in your first innings that obviously puts you behind. Something that we talked about was with the character in the group and trying to have a presence and try to put in as much effort as you can," Latham said in the post-match press conference here.

"We've certainly done that over the last four days. If you take the first innings out of it, then obviously it's a little bit of a different story and certainly something that I can't hold promise for it at all," Latham said.

Asked what went wrong in New Zealand's first innings, Latham said it was just one of those days when things don't tend to work for you.

"I think it's one of those things. In cricket, where everything you do doesn't tend to work and it's just one of those days...That happens in cricket, teams do it at different times around the world. But unfortunately, it was our time. Things didn't quite unfold the way we would have wanted to. From our point of view, you're able to take a lot of learnings from that.

"The way we were able to come in the second innings and guys sort of changed their gameplans a little bit and put a little bit more pressure on the bowlers. As we know here in India, the longer you go throughout the match the harder it gets. It was just one of those games unfortunately where we couldn't quite get the right result," he said.

Asked whether there was room for more in terms of making India work hard for the win, Latham said, "Yeah, as I said, the longer you go on in India the tougher it gets and we know how good they are in their own conditions. From our batting point of view, it's important that the batters do the bulk of the work. Unfortunately, we were five-down overnight and we had full confidence that guys would go out there and apply themselves for as long as I can, as long as they could but unfortunately it could not work out today."

He praised Ravindra, Mitchell and Nicholls for the fightback they put up in the second innings.

"It's their first time to this part of the world and for them to step up at different times throughout the match in the two games and make contributions throughout the Test series was outstanding. It was great for the depth of New Zealand cricket.

"The more you play in these parts of the world, the more you sort of learn and you're able to grow your game. So obviously it's very pleasing for those guys but also everyone out there are learning where to take them the next time we are here in these conditions or similar conditions. Hopefully they will put those learnings into practice next time."

Asked whether fatigue was one of the reasons for New Zealand's poor performance in the series as they were coming in straight after the T20 World Cup, Latham said as professional players, they should be able to tackle such things.

"Spending time away from home is what happens and I guess the schedule with the T20 World Cup and the two-Test series after it has been a prolonged time away from home. I'm sure other guys will be looking forward to it, spending a little bit of time with their families and reconnecting with them before we start our preparations for the Bangladesh Test coming up," he said.

Asked about his batters' failure to tackle both pace and spin in the two Tests that led to their defeat, he said it was a mixture of a lot of things that caused their debacle. "I think it's a mixture of everything. Over here, you're going to be faced with the seamers with the new ball, as well as you will be challenged with the spinners with the new ball. As cricketers, you're always looking to improve and I'm sure the guys would be looking to do that when they get home at different times. We've travelled different parts of the world so it's a mixture of everything,"