Tom Kohler-Cadmore notched up the highest score of Abu Dhabi T10 by smashing 96 runs in just 39 balls that helped his team defeat Bangla Tigers by 62 runs here on Wednesday. The Bangla Tigers' cha 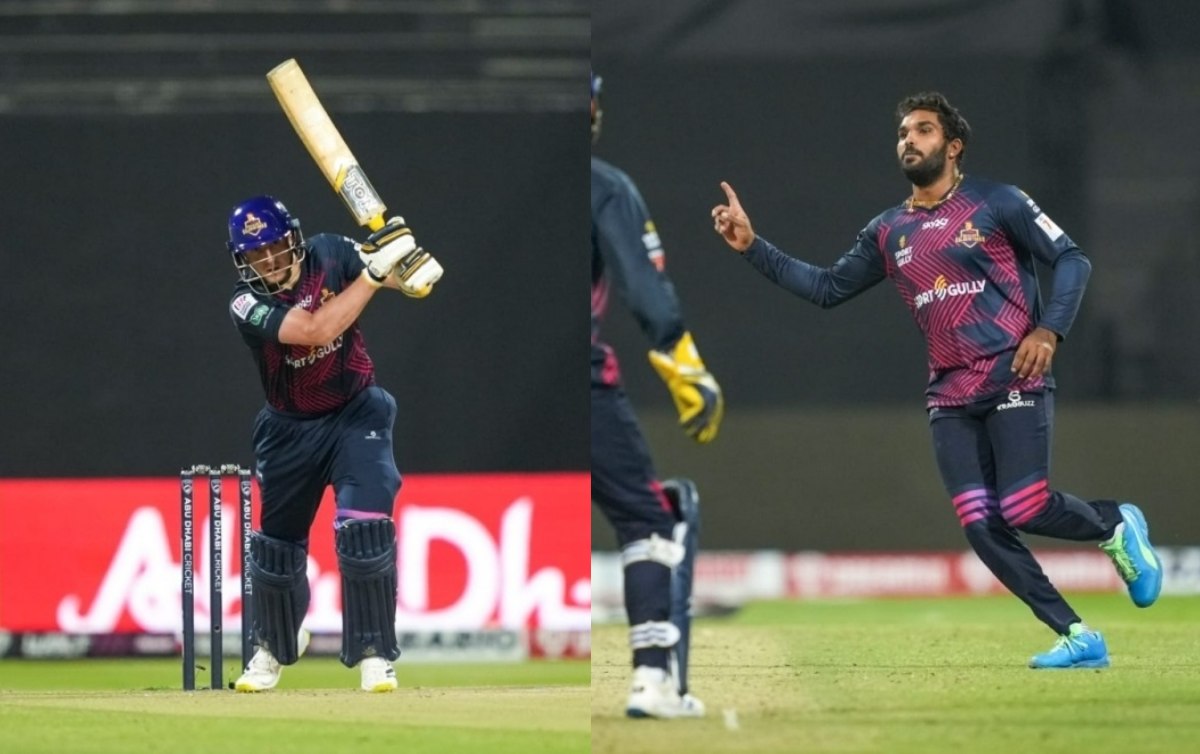 Tom Kohler-Cadmore notched up the highest score of Abu Dhabi T10 by smashing 96 runs in just 39 balls that helped his team defeat Bangla Tigers by 62 runs here on Wednesday.

The Bangla Tigers' chase never took off courtesy Wanindu Hasaranga, who continued his dream run with the ball and picked up a five-wicket haul to skittle Du Plessis' men for 79. Gladiators' seventh win meant that they leaped to the top of the points table with 14 points.


Alex Carey Confirmed As Australia's Wicketkeeper Ahead Of Ashes

Bangla Tigers, who have relied heavily on their top order in the tournament, made a disastrous start to their chase of 140. Hazratullah Zazai, who had dropped Kohler-Cadmore's catch earlier in the evening, got out on the second delivery he faced. Will Jacks followed him back to the pavilion after finding his stumps rattled by Sultan Ahmed. Hasaranga got hit for a six by Karim Janat on the second ball of his spell but came back strongly by removing Janat and Johnson Charles in successive deliveries to reduce the Tigers to 26/4. Faf Du Plessis and Isuru Udana tried to put the innings back on track with a few big hits but the task in front of them was too massive. Hasaranga shot out the lower middle order in the next over to complete his fifer.

Earlier, the Deccan Gladiators stuck to their template of attacking from ball one. By promoting Andre Russell up the order, they sent in their most explosive batsman to open the game with Tom Kohler-Cadmore. However, the West Indian was overshadowed by Kohler-Cadmore's assault on the troika of left-arm seamers of Bangla Tigers that allowed the Gladiators to race to 45 in the first three overs. The assault continued when captain Du Plessis pressed another left-hander into action as Isuru Udana leaked 15 runs in his first over. Kohler-Cadmore brought up his half-century in the same over in just 18 balls.

The ever-reliable Benny Howell brought some sanity to the proceedings by bowling a 5 run over but the runs leaked from the other end. By lofting Udana over long-off for a boundary, Kohler-Cadmore took his team's total past 100 while entering the 80s himself. With Kohler-Cadmore on 96 at the beginning of the final over, Russell gave him the strike on the second ball of the over to complete his ton. But the Englishman couldn't send Luke Wood's low full-toss beyond the flying Jack Wills at mid-off who hung on to a stunner. With three balls left in the innings, Odean Smith threw his bat at everything and managed to connect two deliveries for two sixes to take the Gladiators to 140.