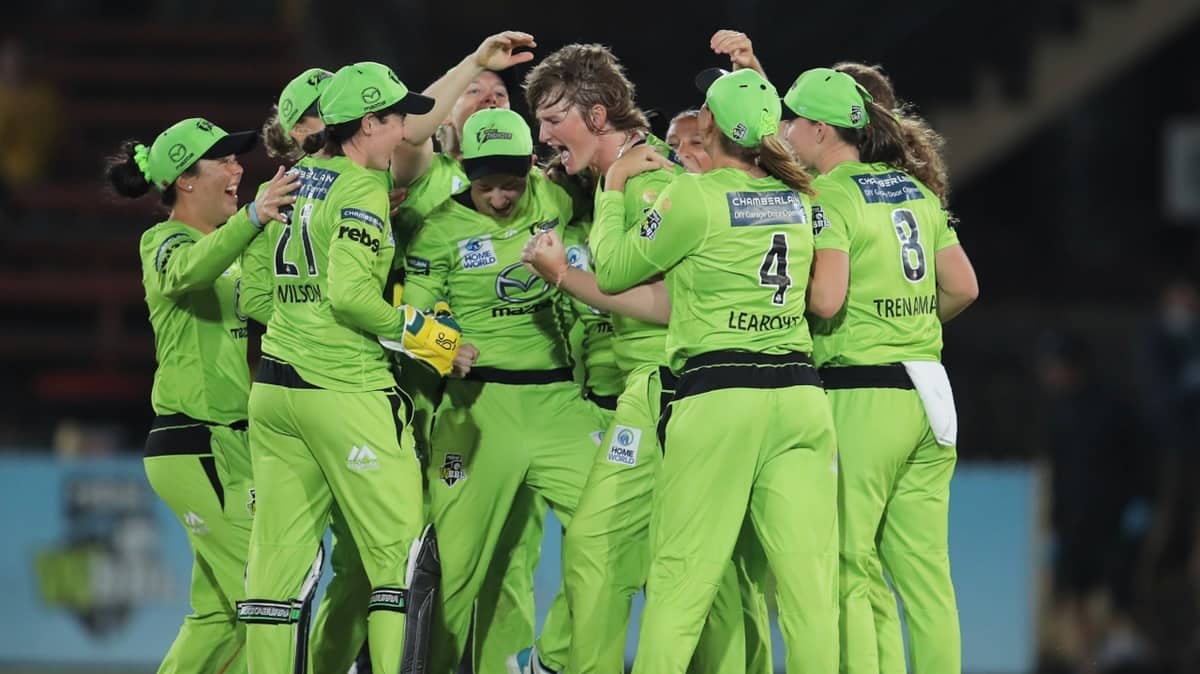 Rachael Haynes' team restricted the Stars to just 86 for nine off their 20 overs after losing the bat flip at North Sydney Oval and chased down the total easily with more than six overs to spare.

England star Heather Knight (26 not out) and Haynes (21 not out) steered them home after fast bowlers Shabnim Ismail (2-12) and Sammy-Jo Johnson (2-11) left the Stars' top-order in tatters.

It was the Thunder's second title in the tournament's sixth season, having won the inaugural championship in 2016.

"It's an incredible feeling. It's an amazing effort from everyone at the club," said Haynes.

"I'd like to thank all the international players and staff who went through quarantine to get the tournament up and running."

The eight-team tournament was played entirely in Sydney over five weeks due to Covid-19 border closures and quarantine requirements.

All players, coaches, and support staff were forced to stay in a hub at the city's Olympic Park.

Australian captain Lanning failed to fire with the bat, managing just 13 with England's Katherine Brunt their top-scorer on 22.

"It's been a challenging season and a lot of fun. Congratulations to Rach (Haynes) and the Thunder team, you thoroughly deserve your win," said Lanning.